Security In Ghana: When wrongs go unpunished, the world is unbalanced 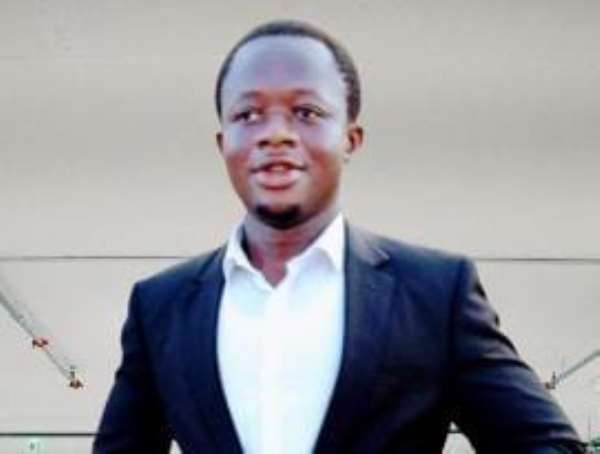 Billaw...........it is a notorious fact that the issue of security all over the world has become a matter of public interest to all nations. This has led to huge investments in the security architecture of most countries in a bid to protecting its citizens and territorial boundaries from invasion by unwelcome guests. A nation that does not take interest in its security is like a man that goes to war with empty hands. Verily, I say to you that, a soldier who aims at and shoot a harmless civilian is a dress rehearsal for coup d’état. Let he who have hears listen…………

Internal security, it is argued, is equally more deserving of protection in the same magnitude as those of the external, including our territorial boundaries. Issues of internal security threats if left unchecked, could trigger coup d’états and or revolutions in volatile countries such as ours. Sadly, unlike the advanced countries like the UK, America and France among others, most countries, particularly those of Africa do not have the required financial muscles to invest heavily on Intelligence gathering to protecting its territorial boundaries and citizens. This threatens the internal security machinery of the country and make us prone to attacks and conflicts. The point must however be made that, conflict in all organized societies is inevitable, it’s our responses that determine its escalation or otherwise.

Admittedly, most security experts are more likely to agree than to argue that Ghana’s security is one of the very best in the world. We have curved a reputable niche for ourselves at the international community through the wonderful display of our gallant men and women in uniform, whenever the opportunity calls on us, and indeed, we do so admirably. Stories are told of the bravery of Ghanaian gallant soldiers in UN Peace Keeping missions. From Rwanda to Somalia and from Mali to Burkina Faso, are gallant men in uniform have performed better. In fact, from all the four cardinal points of the globe, our men and women in uniform have made us proud as a nation. Salute!!!!

No true citizen is happy with happenings in the country as regards our internal security issues, and the president should particularly be sad about this phenomenon, as he is enjoined by the constitution to defend and protect the lives of the citizens. In a civilized country, someone should be answerable to this development, but as we have learned it in Ghana, it is just a mere “Breaking News”. From all indications, it appears as a fact that Ghanaians are particularly good at talking than taking action. We keep on whining on matters that are inconsequential for about one week, leaving the substantive issues unattended to an undiscussed. Dear reader, as to what accounts for this, your guess is as good as mine. Politics! Politics! Politics!

Recent events have already taken a political twist and we cannot pretend to say we are unaware of the rippling effects it has on our country and particularly so on the ordinary man. Instead of having an informed and passionate discussion on vital issues of national interest, such as our own security, we resort to fondle and romance our common enemies and clothed them with political suite. This political nonsense must stop if we intend to move forward as a nation.

It’s nonsense to make political capital out of the death of someone. I also seem to disagree with the President, vehemently, on his directives to the minister of the interior to investigate matters arising from the Ejura sporadic shootings. Even though one could not doubt the competence of the 3-member committee, what is doubtful is directing the same ministry, a party to the issues in dispute to empanel the committee. The directives, sins against the doctrine of “Nemo judex in casa sua” as it amounts to a person sitting to serve as a judge in his own court

Sadly, I read again in a news item that the Wa Central MP has asked the wayward Military men who beat up indigenes of his constituency to pay the hospital bills of the victims who suffered such brutalities, compensate them adequately and render an unqualified apology to the victims for their unlawful actions. I do not know who gave him this advice, but with the greatest respect, sir, I demur vehemently!!

Perhaps, it’s high time the nation invested heavily on Intelligence Policing. We may also like to reconsider the method of recruitment and selection of our security officers. It appears, in this part of our world, some security officers use the ‘uniform” to rather intimidate civilians to bulldoze their way through to getting their desires. Mere wearing of the uniform does not make one a security officer, they must in addition, demonstrate some abilities including emotional intelligence. If we fail to look at issues of security devoid of politics, then we fail to realize that, crime has no political party.