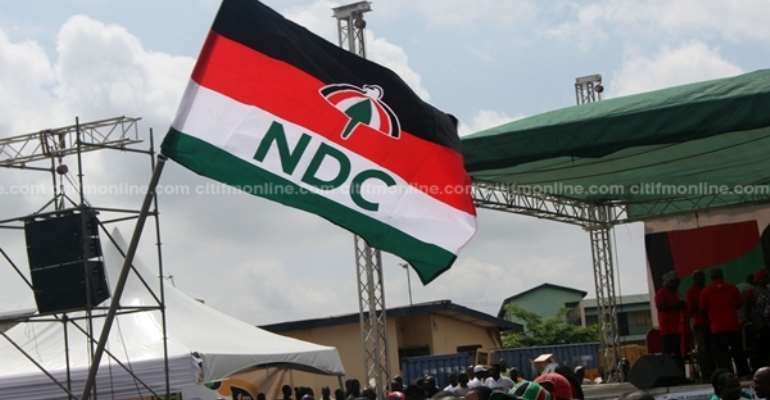 The youth wing of the National Democratic Congress (NDC) has outlined the routes for its planned protest on Tuesday, July 6, 2021.

This comes after the police okayed the protest after initially declining the request to provide the protesters the needed security.

But after successful deliberations between the two sides, the police gave the green light for the protest dubbed, ‘ A March for Justice ” to come off.

In a statement signed by George Opare Addo, National Youth Organizer of the NDC, the time for convergence is 6:00 am with Accra Mall as the converging point.

Protesters will, from there, march through the Liberation Road to Opeibea House through Aviation road through to the Lands Commission.

They will then proceed to the Flagstaff House through the Switchback road, use the Arko Adjei interchange through to Parliament House.

The youth wing has assured of the safety of demonstrators and the strict enforcement of COVID-19 guidelines.

“Leadership appreciates the goodwill and support the street protest has received so far from Ghanaians from all quarters, CSOs, other political parties, and allied partners. This demonstrates that the generality of Ghanaians is in support of marching against the social ills this government has visited on us as a people”, the statement read in parts.

The group will at the Jubilee House present a petition to President Nana Addo Dankwa Akufo-Addo.

A similar petition will also be submitted to the Speaker of Parliament at the Parliament House.

The protest is to demand justice for all persons “killed and brutalized by state-sponsored thuggery and or adventurism by police and military forces.”

It is also to demand social justice for the unemployed in the country.

The initial routes included Madina, the Central Business District of Accra, Osu and Lapaz. They had also indicated that they would peititon the IGP at the Police headquarters, but it appears these have changed after the engagement with the police.

Earlier, the Police rejected the group's request by referring to Section 4 of the Public Order Act 1994 (ACT 491) particularly concerning public health and restrictions imposed by the Executive Instrument (EI) 395 to contain the spread of the COVID-19 pandemic.

This however did not sit well with the youth wing as they threatened to go ahead with their planned demonstration despite the Police Service's refusal to provide protection.

The Inspector-General of Police (IGP), James Oppong-Boanuh, subsequently requested to meet the leaders of the youth wing over their planned demonstration hence, the go-ahead. Join our 'march for justice' demo – NDC to #FixTheCountry protesters

In the meantime, the NDC youth wing has asked the #FixTheCountry movement to join their 'march for justice' demonstration.

George Opare Addo, in a Citi News interview, stated that it will grant its platform to the #FixTheCountry movement to convey its message to the government.

He also stated that the police must look into giving the movement the chance to exercise their right to demonstrate.

“I have criticized clearly the decision of the government to prevent the #FixTheCountry movement from embarking on their constitutionally mandated right to demonstrate. I believe that with the police agreeing that they will be around to provide us security, it is time that they also look at the issues pertaining to the fix the country movement.”

“But I am asking everybody, especially members of the Fix The Country movement to join hands with the NDC. We are fighting for almost the same thing. I will speak with their leadership and tell them where they can align with our views and opinions so that they come and then whatever they want to do they can use our platform to convey their message,” he added.