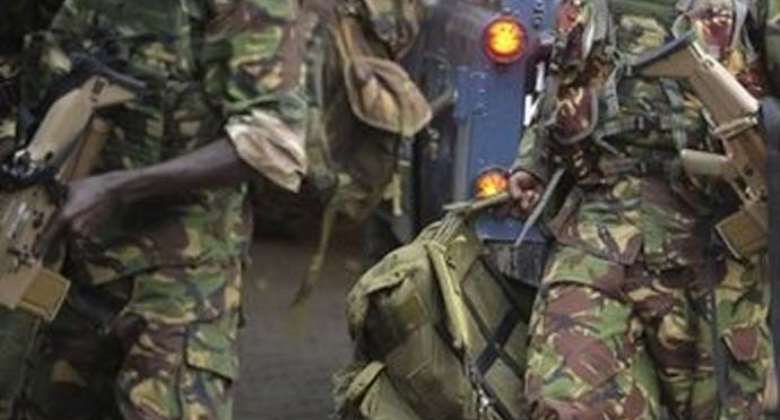 We the Coalition of National Youth Organizers (CNYO) have been following keenly the disturbances that occurred in Ejura and we are not happy with the conduct of the security forces so far.

These death threats purported came from some people who are close associates of the District Chief Executive of Ejura.

Our first disappointment is the fact that, the head of security at Ejura will look on as people close to him assault a citizen who is enjoying his freedom of speech as enshrined in the Nation's constitution.

Again, we are surprised that the Ghana Police Service who have been mandated by the constitution of Ghana to maintain law and order and protect lives and property, did not move into effect arrest of these people who made death threats on the life the deceased. Did the police forget that death threats are criminal intent?

After the death of the Kaaka, the Ghana Police Service were dragging their feet in ensuring justice, which led to the youth demonstrating.

Again, we the Coalition of National Youth Organizers want to know why the military were deployed in the dispersion of crowd (demonstrators) when this should have been solely a police operation.

The police statement that most of the demonstrators will not be challenged, but our question is since when did shooting to kill become the strategy of the police in disarming?

What happened is a breach of the constitution of Ghana. First the right to life has been breached by the Ghana Police Service who are ironically supposed to protect that very life.

Secondly there has been attempts to justify that the deceased belonged certain political activist group, and so he was making government unpopular.

We are asking when the clause in the constitution that allows freedom of association was amended, and making it illegal for one to belong to associations and groups of their choice?

In search of nations development, we must put our political colours aside and speak truth to issues because you are a Ghanaian and i am a Ghanaian.

Whether Kaaka was a member of the ELF, fix Ghana, the NDC, CPP, PNC, PPP, GCPP, APC or the NPP, Kaaka had the right to join any association as enshrined in our constitution and the right to live.

This is not the first-time government has tried to use the security forces to intimidate aggrieved citizens who wants to express genuine concerns about the hardship and mismanagement of our country.

We find it very amusing that the current president who has been hailed by his party members as a human right advocate, a man who led the decriminalization of the criminal libel law, which makes it possible for government to be criticized, a president who asked us to be citizens and not spectators, will wear the "Hypocrisy spectacles" which doesn't allow him to see the abuse and killing of his citizens in cold blood.

We are hereby calling on the IGP and the chief of defense staff to immediately call for the arrest of all the security personnel's who were involved in that operation as investigations continue.

Again, we are telling government in plain language that the use of state sponsored brutalities against the citizens is becoming too many.

From the bye elections at Ayawaso West Wagon which claimed innocent lives and souls, the shootings that occurred in Coalition centers around the country during the 2020 general elections among brutalities that happens at mining sites. Attack and unlawful arrest of fix Ghana demonstrators in court, the Ejura shoot to kill order and many more others is a disgrace to human rights protection as enchained in our constitution and other international treaties which Ghana is party to, and above all a slap on the face of democracy.