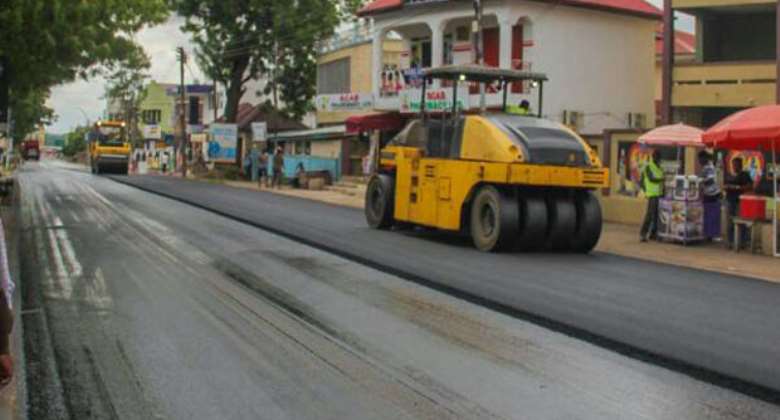 Ghana is 61 years old as a Republic, but some of us often look at videos of rural Ghana and throw their hands in the air- is there nothing we can do!

So what’s the role of our Ghana Government? Is central government under one man responsible for planning and building every road, gutter, bridge, school, library, water system and sanitation for every town and city and village? Is that realistic?

- is there something like fairness and human rights of all the people in the country?

Doesn’t everybody pay some taxes, so far as they buy clothes to wear that have been taxed at the ports or VAT added, or if some produce is extracted from their areas or they produce and sell tomatoes, onions, plantain, or cassava?

The neglect of Ghana’s rural roads, especially areas producing national cash crops like cocoa, is a national disgrace coming from our leadership failures and selfish behaviors!

Why do we spend so much money and boast of building Kaasoa and other fancy interchanges and so proud when cheaper overhead models are available to copy from places like California, and use the money saved to build rural roads!

Every Government boasts of fancy things but can we ever stop borrowing and use our own craftiness to survive for all to benefit from what we produce?

We all know this, and we all lament, knowing that we have limited funds but we also have elected representatives who offer themselves massive allowances for personal enjoyment- luxury cars, free petrol, housing - even for those who own their own cars and houses.

Our elected leaders and some appointed executives also take from public funds massive amounts of money as allowances when they travel and for attending meetings while they are being paid their base salaries! Some even travel to Europe and America for medical care when Ghana’s health care facilities remain without adequate funding and new hospitals started by previous Governments remain uncompleted.

In the mean time interest on loans pile up at hundreds of millions per year.

On behalf of Ghana leadership Union I make this open challenge and proposal to the Government of Nana Akufo Addo:

1. Amend the 1992 Constitution and decentralize powers and make Ghana a better democracy and not the elected dictatorship it is today.

This will help relieve the boiling point tension in the atmosphere in Ghana and avoid the possible revolution often caused by these inner tensions!

2. Allow regions and districts the right and responsibilities to elect their own Regional Ministers, District Chief Executives and Town Mayors to plan their own destinies and levy their own taxes.

The President should not impose leaders on the people based on political leanings, who may not even have powers to raise revenue and solve the problems of the people!

These alone will usher Ghana into a new era of self empowerment and socio-economic development.