By Federation of Muslim Councils of Ghana 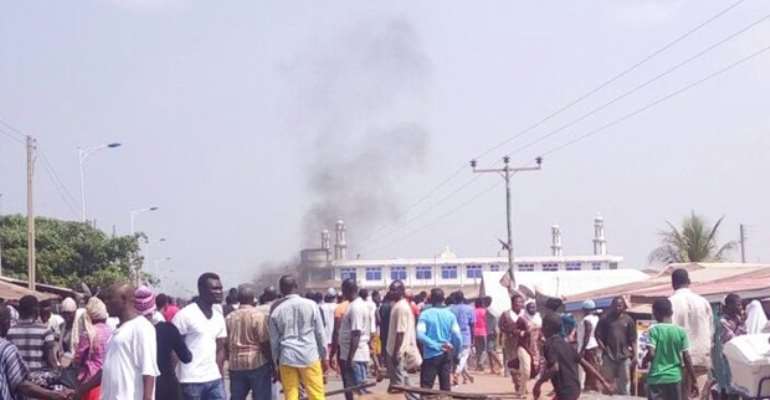 The Federation of Muslim Councils of Ghana condemns the assassination of Ibrahim Mohammed alias Kaaka and the shooting to death of two others, all residents of Ejura in the Ashanti Region.

The firing of live bullets by the military into unarmed Muslim youth who are peacefully protesting the gruesome murder of one of their own was inconsistent with contemporary policing, civilian crowd control and standard military engagements. The unleashing of the military on civilians in purely civil matters is becoming a bane under this government. Examples are not far-fetched.

Government’s sometimes sparing condemnation of such incidents, and assurances of conducting investigations into the incidents no longer engender confidence in the citizenry about government’s sincerity to walk its talk on such matters. It has become a lip service and a waste of resources for government to ‘institute’ investigations into excesses of the security forces under its control only for the same authority to jettison the reports and recommendation of the investigative bodies, some of which are funded hugely by the public purse. These gimmicks make the President’s routine condolences and commiserations on such occasions even appear like crocodile tears. These Ejura killings must not be an occasion of any more of such gimmicks.

While praying for the departed souls and the bereaved families, the Federation of Muslim Councils joins other sober voices in the demand on government to take immediate steps to halt the worsening security situation in the country. As a matter of urgency, the Federation of Muslim Councils also calls on the Commander-in-Chief of the security services, His Excellency Nana Akufo Addo, to call his men and women in uniform to order and stop them from killing innocent Muslim youths in the country.