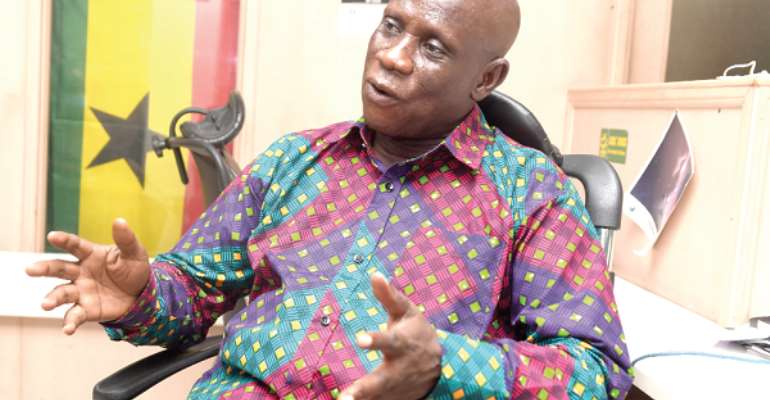 The Deputy General Secretary of the governing New Patriotic Party (NPP), Nana Obiri Boahen has described as ridiculous the call by the Minority in Parliament for an Independent Commission of Inquiry to probe the Ejura Seykeredumanse killings.

Speaking on Kasapa 102.5 FM, Nana Obiri Boahen disclosed that irrespective of the form an inquiry into the Ejura killings would be, it has to be sanctioned by the President.

“It is quite ridiculous you know, who appoints Independent Commission? Isn’t it the same President who appoints Independent Commission or is it the Minority that appoints? If the Minority don’t want the Ministry of Interior to investigate the issue as directed by the President, then what at all do they want in this matter?,” he quizzed in an interview with Bonohene Baffour Awuah on Ghana Kasa.

Lawyer Obiri Boahen disclosed that the Minority in Parliament must be nationalistic on issues of national interest adding that there are a lot of things going on in Parliament that Ghanaians are not comfortable with.

“If they don’t know, let me take this opportunity and tell them. There are things going on that a good number of Ghanaians are not comfortable with, the way things are going on in that august House. If they are unaware let me Kofi Boahen tell them, this is the truth,” he stated.

President Akufo-Addo has instructed the Minister for the Interior Ambrose Dery to conduct a Public Inquiry into the circumstances that led to the Ejura killings.

“The Interior Minister is to provide a detailed report from the Inquiry, with recommendations for appropriate action, within ten days, i.e., by 9th July 2021, to President Akufo-Addo,” a statement issued by the Director of Communications, Eugene Arhin said on Wednesday.

But the National Democratic Congress (NDC) Minority caucus in Parliament says an Independent Commission of Inquiry would be more appropriate hence kicking against the President’s directive.

However, the government will later today announce a 3-member committee that is expected to inquire into the sequence of events, crowd rioting, and crowd control methods following the killings at Ejura on June 29.