Martyrs’ Day – Lest We Forget 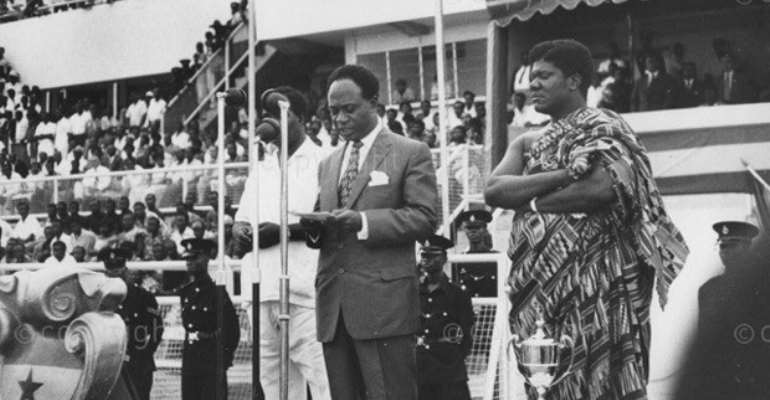 The bedrock of our democracy is the rule of law and that means we have to have an independent judiciary judges who can make decisions independent of the political winds that are blowing. -CAROLINE KENNEDY

YESTERDAY, 30th June, 2021, marked the 39th anniversary of the murder of three High Court judges and a military officer – and the Ghana Bar Association (the professional body of lawyers) has made the event an annual affair – just because lawyers and judges receive the same legal training: with the exception that immediately after the course at the Ghana School of Law, their paths bifurcate; on the other hand, judges can be picked from among the lawyers (including private practitioners) and those of the Attorney General's outfit. It was in the night of 30th June, 1982 in a curfew that started at 6pm when all the cities had folded up and citizens forced to sleep. That Amartey Kwei collected the key to a Fiat Campagnola Jeep filled with petrol from the residence of Mrs. Konadu Agyemang Rawlings and combed the city of Accra to pick up their victims: Mrs. Justice Koranteng Addo was nursing a baby, Justice Kwadwo Agyei Agyapong and Justiec Poku Sarkodie, together with a retired military officer, Major Acquah were shepherded into the Campagnola Jeep and driven to Bundase Military Range by the abductors, dressed in NT (Northern Territory) Smocks-to disguise themselves. The four persons' bodies riddled with bullets, were burnt. But the heavens opened, and the rain doused the fire: so that, according to Bary Musa, a cattle-header, the bodies had been “discovered under a tree, close to the soldiers' cook-house”. Horror, horror, horror.

The June 4th Movement and the New Democratic Movement called the act as one “…orchestrated by counter-revolutionaries to discredit the Revolution by trying o create the impression that the country is in a state of anarchy”. The June 4th League called on the government to “cast our nets wide not only to include the sympathizers or fanatics of the revolution but also such apparently decent associations like the Association of Recognised Professional Bodies”. Puerile arguments! The Chairman of the PNDC, Flight –Lieutenant J. J. Rawlings observing: “We condemn these acts from the depths of our hearts” promised to get a high-powered investigation team to trace the perpetrators. Statements upon statements – all condemning the acts – were issued by many local and foreign associations: NUGS, Law Students' Union, West Industrial Area Workers' Union Ghana Industrial Holding Corporation (GIHOC) and the Trades Union Congress (TUC). The Ghana Medical Association observed: “We further condemn the mutilation by burning of their corpses. The perpetration of these acts is singularly un-Ghanaian and we abhor any introduction of such alien and atrocious practices into our society”.

A representative of the National Council on Women and Development said at a memorial service for Cecilia Koranted-Addo: “The women of Ghana are justifiably angry and horrified. This should never have happened in Ghana”. The Conference of Catholic Bishops meeting at Wa issued a powerful communiqué. “The utter senselessness of this atrocity has once more laid bare the tragedy of a decadent social situation against which the church must raise its voice.

The PNDC government was ''forced'' to constitute the Special Investigation Board (Kidnapping and Killing of Specified Persons) LAW, 1982 (PNDCL 15). The Board under the chairmanship of retired Chief Justice of Ghana, Justice Azu Crabbe, benefited immensely from the courageous and highly professional police investigator, Jacob Jebuni Yidana.

Paragraph 340 of the SIB Report stated. “On the evidence before us we find that Captain Kojo Tsikata (Rtd) Special Adviser to the P.N.D.C. Sgt Daniel (now Ahmed) Alolga Akata – Pore, and Joachim Amartey Kwei, were all implicated in the conspiracy to kidnap and murder the three justices of the High Court and Major Sam K. Acquah (Rtd). Indeed, Amartey Kwei described Captain Tsikata, with whom he was very closely associated, as the 'architect' of the plot to commit this most outrageous crime in the annals of this country.”

And Rawlings, as head of State, accompanied Amartey Kwei as he was led to face the firing squad. Was Rawlings playing the Damon and Pythias, the legendary show of Pythagorean friendship? Or was he trying to coax Amartey Kwei to “keep his mouth shut” And Amedeka who was bold enough to say.” We have finished them” escaped justice!

But why these annual rituals? Possible answers include: the need to remind ourselves of the horrors of the 1980s (the Revolutionary days); the need to honour the victims who “died so that we could live”; to teach the future generation a lesson “never again” to be repeated. What better way to immortalize them than having their busts in front of the Supreme Court with the inscription: “Martyrs of the Rule of Law”. The busts were unveiled on 28th June, 2004 during the pendency of the glorious John Agyekum Kufuor's government. The Chief Justice at the time, Justice George Kingsley Acquah, noted: “As was fashionable in those turbulent days, people lost their voice and could only discuss that dastardly act quietly in their homes. We all, like frightened dogs, tucked our tails between our legs and quietly murmured. The only group of courageous Ghanaians who could muster courage and try to speak out was the Ghana Bar Association.” And Justice A. K. P. Kludze remarked: “… Their murder was doubtless motivated by the design to intimidate the Judiciary…” In a brilliantly penned, concise statement, Paul Adu-Gyamfi, Esq. President of Ghana Bar Association remarked: “If as a nation, we resolutely rededicate ourselves to Defend and Protect the Constitution of the Republic of Ghana, ensure the Independence of the Judiciary and the Legal Profession and further ensure that the fundamental human rights and freedoms enshrined in the Constitution of this country are scrupulously observed, then these fallen martyrs would not have died in vain.”

Matthew 7:1 says: “Judge not, that ye be not judged”, so, we cannot tell whether Rawlings is now in heaven or hell or purgatory but while alive he ought to have taken a cue from Kufuor's magnanimity and done a “mea culpa”.

For the celebration there is a historical analogy. The Poppy Day (or Remembrance Day) is an annual event, held in commonwealth countries” at the 11th hour of the 11th day of the 11th month. Inaugurated by King George it is a tradition kept since the Treaty of Versailles on 28th June, 1919 to mark the end of the First World War. Even though the Second World War broke out in 1939, the spirit of the Poppy Day had continued up to date, its 100th anniversary having been held in November, 2018.

The significance of the Martyrs' Day? Daily Graphic Editorial of June 23, 2021 had the caption: “We must guard our peace”: “The country has consistently remained not only a leader in democratic governance and the rule of law but also an oasis of peace within the sub-region… it chalked up another success, after being ranked the second most peaceful African country on the Global peace Index (GPI)… after Mauritius … Indeed, Ghana must not and cannot be complacent with these successes… we must guard our peace…''.

In Rome of the ancient times, while Cato would repeatedly say: “Carthago delenda est” (Carthage must be destroyed), Scipio Corculum the son-in-law of Scipio Africanus would reply: “Carthago servenda est” (Carthage must be saved). Why should people beat war-drums? Why should we make politics out of every issue? Where are the peace-seekers? We have nothing againstDr. Ayine or Zanetor Rawlings. BUT to say that the Judiciary has no independence implies that the judges (especially of the Supreme Court) lack the capability to act independently. And does anyone expect the Judiciary to just sit idle for all these insults to be heaped on them – and motivate rascals to attack them? And Zanetor Rawlings would talk as if she experienced the 1982 conditions her father made us live through! We will resist fiercely any attempt to denigrate the Judiciary.