Be careful of your appointees, they will drag NPP to opposition – NPP group cautions Akufo-Addo 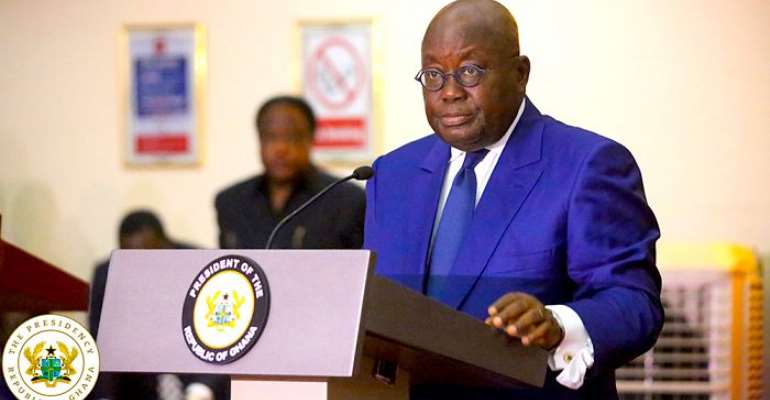 A pro-NPP group calling itself Movement for Justice and Equal Right has cautioned President Akufo-Addo to keep a close eye on his appointees as it believes their recalcitrant behaviour would push the New Patriotic Party (NPP) into opposition come 2024.

According to the group, Ministers appointed by the President do not appear capable enough to do the job because barely four months into office some of them have refused to pick calls of NPP faithfuls.

“I was at the office of one prominent party stalwart and he called a certain minister three times which the minister never answered or returned the call. This behaviour of appointees will drag the NPP to opposition if care is not taken and the needed attention given to the grassroots,” part of a press release from the Movement for Justice and Equal Right has said.

The group says it is worried the NPP leadership has decided to take a course that is totally new and unacceptable to the grassroots.

Concerned about what it is has observed, the group is calling on President Akufo-Addo to intervene and call recalcitrant appointees to order.

The Movement for Justice and Equal Rights insists that if the NPP wants to break the eight-year jinx in government, then the President should be careful of how he appoints Ministers, Deputy Ministers, CEOs, and MMDCEs.

Below is the full press release from the pro-NPP group:

MOVEMENT FOR JUSTICE AND EQUAL RIGHT.

Ladies and Gentlemen, I am glad to meet you all today for another edition of our regular press conferences and as it has always focus on our great NPP, today's meeting is not an exemption.

The government led by H.E Nana Addo have begin the processes of constituting governing bodies to aid the smooth running of his second term. We have seen the appointments and the subsequent approval of ministers, the ongoing vetting of deputy ministerial nominees and we will soon welcone the appointments of MMDCE's. These categories of leaders to me are the major government machineries for any successful government. But let's ask ourselves whether those who has been appointed are capable and ready to help the party members and can they lead the party to win elections in 2024?

Ladiea and Gentlemen, this does not appear to be the case from my angle of view because barely four months into office some ministers have refuse to pick calls from some of us. I was at the office of one prominent party stalwart and he called a certain minister three times which the minister never answered or returned the call. This behaviour of appointees will drag the NPP to opposition if care is not taken and the needed attention given to the grassroots.

I am worried that NPP leadership have decided to take some course that are totally new and unacceptable to the grassroots and i call upon the leader who is in this case the President of the Republic to intervene and call recalcitrant appointees to order .

The biggest mistake in the first term of this government was the absent of reshuffle and in this second term we are seeing almost the same set of appointees as we did in the first term and to me this only place an emphasis on the fact that our leader is not a listening President unlike the former President Agyekum Kufuor.

If indeed we have made our mind yo break the Eight (8) year jins as we have targeted, then we must open eyes well on the following:

1. We should be careful of our how we are appointing Ministers, Deputy Ministers CEO's, MMDCE's, etc. They the who will make us cross the Eight or not.

2. We should not rely on those wearing suit as intellectual.

3. We must not use our appointment for our selfish interest.

4. We should take the grassroots very serious this time and consider them in all opportunities

5. We must also respect the grassroots and regard them as stakeholders so you should listen to them in appointment of the MMDCES's

As a united party with a common vision, we need to totally disregard such claims and come to realisation that former President Kufuor or President Akufo Addo or Alan Kyerematen or Dr. Bawumia do not have boys and that it's unfair to tag party faithfuls to these leaders . We are all members of the NPP so there's the need for the leader of the party to grant audience and attention to whoever calls on him from the party.

Ladies and Gentlemen, i want to conclude by admonishing all government appointees to develop a habit of listening to the grassroots and attend to their party needs for the betterment of the party.