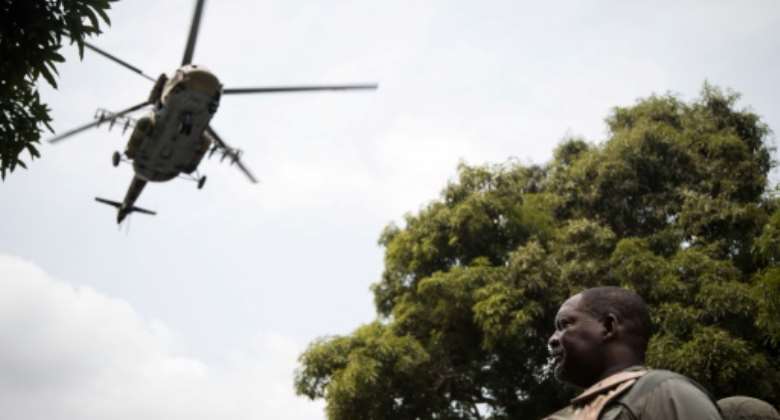 "This is a clear desire to tarnish the image of our military institution by every possible means, at a time when it is continuing to make huge sacrifices to restore the authority of the state across the country," Defence Minister Rameaux-Claude Bireau said in a statement.

One of the world's poorest and most unstable states, the CAR is battling rebels who until recently controlled some two-thirds of the country.

President Faustin Archange Touadera is being supported by UN peacekeepers and personnel from Russia, whom the Kremlin describes as military instructors.

In an annual report this month to the UN Security Council, experts documented what they described as a range of abuses that breached international humanitarian law.

The violations -- by CAR soldiers and Russians -- "included cases of excessive use of force, indiscriminate killings, the occupation of schools and looting on a large scale, including of humanitarian organizations," the report said.

Bireau blasted the document as a "slanderous publication, based on fabricated and unverified evidence."

"(It) is a strategy aimed firstly at weakening the morale of our troops but also at pushing the United Nations into implementing sanctions against our Russian allies, whose mission to re-establish the authority of the state is definitely undermining the action of the rebels who teem in the provinces," he charged.

Russia and Rwanda rushed military reinforcements to the CAR last December, shoring up Touadera as a rebel coalition tried to seize the capital ahead of presidential elections.

Since then, much of the territory held by the rebels has returned to government control.

But the conflict displaced hundreds of thousands of people in the first months of the year, while around half the population is facing "high levels of acute food insecurity," according to the UN.

In April, Moscow acknowledged the deployment of 532 instructors to the CAR, and claimed that this number had never exceeded 550.

But the UN experts "noted that multiple sources estimated that figure to be significantly higher, ranging from 800 to 2,100."

That estimate does not include 600 additional Russians whose deployment was announced to the UN in May by the CAR.

In a statement issued in New York, the US ambassador to the UN, Linda Thomas-Greenfield, hit out at the Russian personnel as "mercenaries working as an arm of Russia's Ministry of Defense."

"Russia must immediately stop the violence, hold those responsible accountable, and remove mercenaries endangering UN peacekeepers and undermining their crucial work in support of peace and security in the CAR," she said.

The CAR's close relationship with Moscow dates back to 2018, stoking friction with France, the country's former colonial power and traditional ally.

Russia has also stepped up investment in the CAR's mining sector. The country's riches include gold, diamonds, copper and uranium.