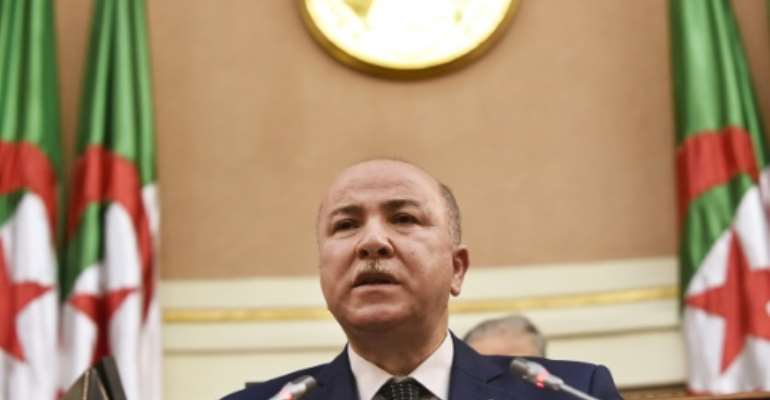 "Aimene Benabderrahmane has been appointed prime minister and charged with carrying on consultations with political parties and civil society to form a government as soon as possible," the presidency said in a statement.

Djerad's government had been unable to redress the country's economic crisis.

Africa's fourth-largest economy is heavily dependent on oil revenues, which have slumped in the face of the global economic slowdown.

Unemployment stands at more than 12 percent, according to World Bank figures.

President Abdelmadjid Tebboune, who had previously expressed dissatisfaction with Djerad and his cabinet, thanked him for leading the government "during difficult conditions", particularly the novel coronavirus pandemic.

Also Wednesday, Algeria's main Islamist party the Movement of Society for Peace (MSP), which came third in the vote with 65 seats in the 407-seat legislature, said it would not be part of a new government.

The low national turnout has been seen as a sign of Algerians' disillusionment with and defiance of a political class deemed to have lost much of its credibility.

Ahead of the official results, the MSP, a moderate Islamist party close to the Muslim Brotherhood, had said its candidates were in the lead in most regions and hinted it could be part of the government.

But following consultations with President Tebboune, the party said it decided to step back.

"What was proposed does not allow us to influence political and economic developments," MSP chief Abderazzak Makri told a news conference in Algiers.

He said he had been asked to propose a list of 27 names from which the executive would select four or five ministers.

"It's not up to us to choose our ministers (in the government) and that is unacceptable," he said.

"We want to be in power and not its facade," Makri said.

The MSP had been part of successive Algerian governments from 1996 to 2011.