When A Dog Loses One Leg 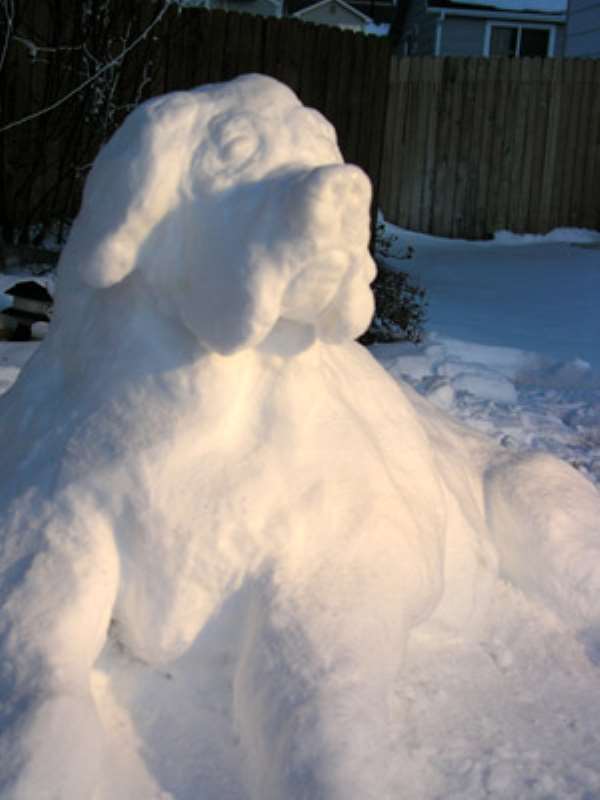 Dinosaurs became extinct simply because they could not adapt to the changing climate. On the other hand the human race has been able to survive since creation because we have been able to adapt to whatever situation that we found ourselves.

Dinosaurs used to strut the earth, tall, huge and strong but as the climate changed, they died one after the other until they became extinct. Today, only their bones are used for experiments at laboratories by scientists.

When grandpa Adam and his wife, Eve were driven from the Garden of Eden by the Creator for their disobedience, they found themselves in a strange land where unlike the situation they found themselves in the Garden of Eden, they had to till the land and sweat before they could get their daily bread. If they had not done so, the human race would have been wiped out on the surface of the earth. The Lord of Host had decreed that Adam will suffer before he got food to eat and Eve will conceive for nine months before she delivered and it came to pass. Confused? Wait for a moment until I finish my epistle, for Angels speak in parables.

Like Ghana, economies all over the world were growing steadily, before Covid-19 pandemic came storming on our shores like a thunderbolt. In no time the world seemed to be on meltdown and things became hard. Some countries were so severely hit by the dreadful pandemic as we trudge on, so much so that in some cases, countries could not pay salaries while others reduced salaries of workers since their economies took a nosedive. Traders and manufacturers are now at the receiving end as the pandemic continues to ravage the world. Thankfully, scientists raced against time and within a short period, a vaccine has been developed to fight the pandemic.

In the case of mother Ghana, the Akufo-Addo-led administration worked beyond human endurance to fight the canker from all angles and today, Ghana is relatively safe compared to even the developed countries. The pandemic is still with us but with God on our side, we shall overcome. After all, is the battle not the Lord's? This too shall pass. The President and his team have not rested and instead of patting the President on the shoulder for a job well done, the naysayers are always on his neck to fix the economy as if he came to meet a flourishing economy. I always pity the NDC communicators anytime I hear them speaking as if they are living in Mars. In the face of the current situation that we have found ourselves in, they continue to sit on the neck of the President, complaining that prices of goods and services have gone high when even almighty America is sitting on a tenterhooks. But you know what? We aren't going to let them have their way. They just want to turn the apple cart upside down all in the name of politics and the lust for power. And their way is to lie to power again so that they could complete their job of milking the lean cow dry like they did when they were at the helm. And if they think they can succeed through the use of 'smash and grab' tactics, then someone out there should tell these failures to wait until the Atlantic Ocean flows to Tamale.

The NDC should learn from a dog that has lost a leg. It changes the way it walks and runs. The reality which should dawn on the NDC communicators is that there is a new captain up there in the Captain's Bridge who is steadily and confidently steering the ship of state ashore from the troubled waters. Mr. Mahama and his cohorts should begin to gird up their loins to embrace yet another humiliating defeat because Ghana is not going back to the era of impunity, naked corruption and insults from any president again.

We are on our way to Canaan where milk and honey is in abundance. It takes courage, hard work, vigilance and patience to trudge to the Eldorado. There is light at the end of the tunnel and we as a people with one destiny should focus on the light instead of thinking about Mr. Mahama who is acting like a spoilt child. I like the way Nana Addo is silent over Mahama's stance on congratulating him. Nana has come a long way to become what he is today so he has to prove to Mr. Mahama that he doesn't countenance pettiness. The first time I met Nana Addo was when I was a student leader in Takoradi way back in 1978 where he had come with K.A. Gbedemah, former Finance Minister of Dr. Nkrumah's CPP government, General A.A. Afrifa, former Head of State and some frontrunners of the Freedom and Justice Movement. The Acheampong administration had proposed a Union Government (UNIGOV) to be made up of soldiers, the Police and civilians to govern the country after nearly seven years of military misrule and a date was set for a referendum to decide whether Ghana wants the concept or not.

The then government campaigned for “YES” votes and the MFJ were campaigning for “NO” votes against the UNIGOV. Nana who was the General Secretary of the Movement met with students to solicit for our votes and when I looked into his eyes, I could see how proud he was to fight for freedom and democracy in Ghana. That has been his trademark since then. Where was Mahama when we were in the trenches, fighting for freedom, democracy and justice? The man should give us a break and rather thank God for having things on a silver platter.

Climatologists warn us not to swim against the tide but to swim with it in order not to break a rib. The bitterness in the stomach of Mr. Mahama has no bounds but if he continues this way he will contract a heart attack. It has been more than six months since the man lost the election but he has refused to accept the reality and congratulate his opponent. That to me is not gentlemanly. The late Professor Mills conceded defeat and congratulated Mr. Agyekum Kufuor. Even when it was so clear that Nana Addo won the 2012 presidential election, he accepted defeat and congratulated Mr. Mahama after the Supreme Court decided with a thin majority that it was Mr. Mahama who won the election. Instead of acting the way Mahama is doing, Mr. Akufo-Addo did not waste his time by crying over a broken egg like the way a child cries when his balloon is busted.

Mahama can continue to walk around with chest out and his “president -elect' tag firmly pinned on his broad chest. Who cares? The world is moving forward and like the waves. We, the good people of Ghana, are moving with the world so Mr. Mahama can stay back whiles we move on. The sad aspect of his behavior is that long after he is gone, his name will be written in bronze. That is how history treats hard-hearted persons. If Mr. Mahama thinks heavens will fall because he lost an election, he can go and drink all the waters in the Pacific Ocean with a tea poon. Yes, like the dog, he has lost a leg and so he must learn to adapt to the reality. But if he tries something funny, he will be striking a rock and he will surely dislodge boulders which will crush him. Can't wait for my pack of Havana cigars to arrive from Cuba. Permit me to do with a piece of Calypso Brown from Nicaragua. Close your nostrils!!!

Police beef-up security at traffic intersections over daylig...
39 minutes ago