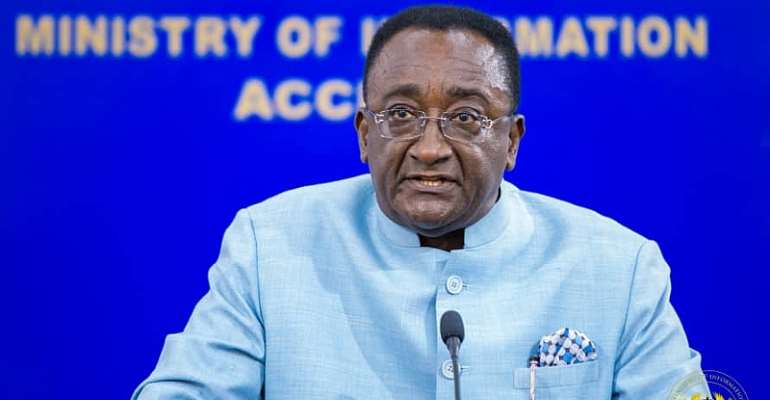 Food and Agric Minister, Dr. Owusu Afriyie Akoto will embark on a working visit in some regions in the country to assess the progress of government flagship program, Planting for Food and Jobs and including other matters in the sector.

The Minister and his entourage, including some national directors, would visit Ahafo, Bono, Bono East, Ashanti and the Eastern Regions.

"The Minister will embark on a tour to five regions Ahafo, Bono, Bono East, Ashanti and the Eastern Regions where the farmers will have opportunity to interact with the Minister and ask questions as well", Press Secretary of the Agric Ministry, Mr. Issah Alhassaan Khalifa said on Kumasi-based local station, Oyerapa FM.

According to the Minister's Aide, Dr. Owusu Afriyie Akoto who is a farmer will visit some farms after meeting with traditional authorities and the people.

"The Minister will also undertake a visit to farm fields, inspect ongoing projects and also interact with farmers and beneficiaries of the Planting for Food and Jobs programme."

Mr. Issah Alhassaan indicated that since government is more focused on agrochemical inputs, the Minister is expected to meet dealers to discuss and address challenges in this year's supply of subsidized seeds and other farm inputs in the country.