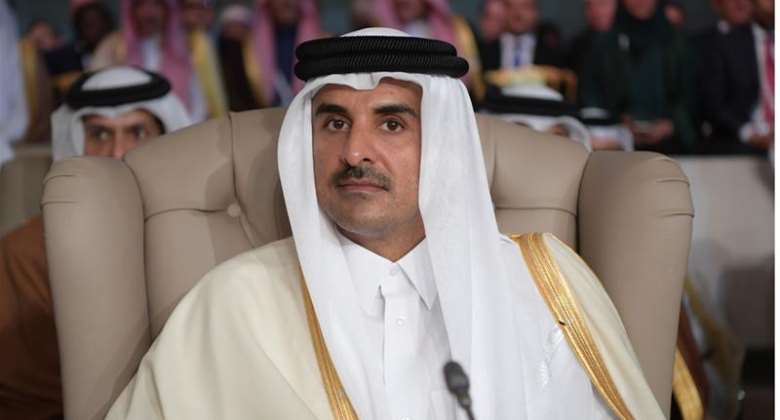 The Sheikh Tamim Bin Hamad Foundation (STBHF) congratulates His Highness Sheikh Tamim Bin Hamad Al-Thani, on the eighth anniversary of his assumption of office as the authentic and amiable Emir and Head of State of Qatar. It was not a mistake, the succession of HH Al-Thani on June 25, 2013 to the leadership of Qatar was not an inauguration, but rather a confirmation that power comes from Almighty Allah and that HH Al-Thani had already been ordained from the beginning and endorsed with divine blessing.

Our special congratulations also goes to the entire people of Qatar, who stood by their leader through thick and thin, with patriotism, love and prayers over the years, especially during the period of the illegal and unjust blockade-2017 to 2021.

So, June 25 of every year should be celebrated as “Divine Blessing Day” in honour of His Highness Sheikh Tamim Bin Hamad Al-Thani. We commend the Emir of Qatar also for his magnanimity, humbleness, exemplary patriotism, selfless service and international humanitarian endeavours. We applaud HH Al-Thani for always remaining focused in defending and promoting human rights of the oppressed. This is a day worth celebrating with all the fanfares it deserves.

HH Sheikh Tamim Bin Hamad Al-Thani is the eighth Emir of Qatar, having assumed that position since 2013, following his father HH Hamad Bin Khalifa Al-Thani’s abdication. Upon his assumption of the throne, he became the youngest Monarch in the world and the youngest Arab leader ever in the history of the powerful six Gulf Cooperation Council (GCC) countries, which include Bahrain, Kuwait, Oman, Qatar, Saudi Arabia and the United Arab Emirates.

HH Sheikh Tamim Bin Hamad Al-Thani was born in Doha, on 3rd June, 1980. He graduated from the Royal Military Academy Sandhurst in England in 1998. He subsequently served as a second lieutenant in Qatar's Armed Forces. He became the heir to the emir throne following his brother Jassim's renunciation. His father is former Qatar emir Hamad Bin khalifa al Thani . He married his third wife Noora bint Hathal Al Dosari.

As we join the people of Qatar and Arabs worldwide to celebrate the eight Anniversary of integrity, wisdom, hard-work and visionary leadership exhibited by His Highness Sheikh Tamim Bin Hamad Al-Thani, it is our fervent prayer that Almighty Allah grants the authentic Emir of Qatar, continued good health, divine guidance, courageous authority and many more years of worthy contributions to peace and development of the world.