Eze commends appointment of Dame Cookey-Gam into FHA Board

... Encourages other party stakeholders to keep faith as more appointments are coming to Rivers APC
By Nwaorgu Faustinus || Nigeria 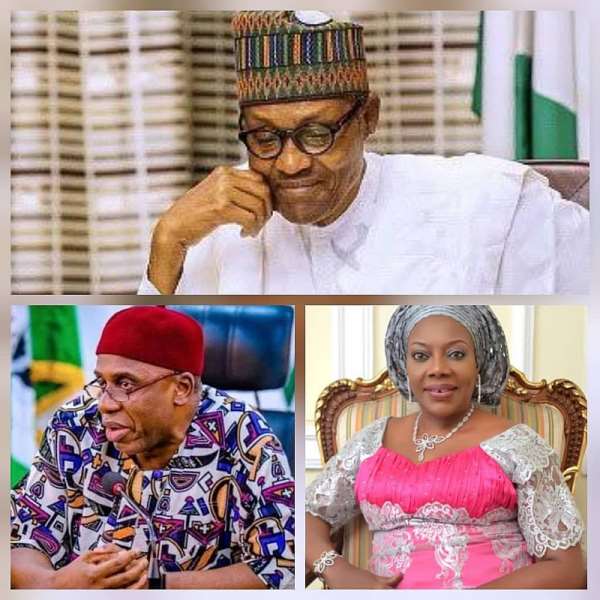 The erstwhile National Publicity Secretary of the defunct New People’s Democratic Party (nPDP), and chieftain of the ruling All Progressives Congress, Chief Eze Chukwuemeka Eze, has expressed delight over the appointment of Rivers-born, Dame Aleruchi Cookey-Gam, into the Federal Housing Authority (FHA) Board.

She was appointed to deploy her wealth of experience garnered over the years in public service to the development of decent and affordable housing for Nigerians, in line with the aspiration of the APC-led federal government and the desire of the Nigerian people.

In a bid to redouble his administration’s drive to achieve and set a suitable living benchmark that meets globally recognized standard of propriety for ordinary Nigerians, President Muhammadu Buhari, on Thursday approved the constitution of the Board of Federal Housing Authority (FHA) for a period of three years.

In a statement made available to media houses in Port Harcourt, Chief Eze said the appointment of Dame Aleruchi Cookey-Gam is a reward for steadfastness and unflinching loyalty to the course of justice and all that is good for humanity.

Describing her as an astute, resolute, result-oriented, visionary and egalitarian leader, the party Chief said as first female Rivers State Attorney-General, Cookey-Gam made efforts to ensure the speedy and manifest dispensation of Justice which is the constant preoccupation of the judiciary, and as pioneer Sole Administrator of the Greater Port Harcourt Development Authority (GPHDA), she brought the Amaechi’s concept of a new city to address the issue of population explosion in Port-Harcourt, into reality with visible projects such as the Sports Village which houses the Adokiye Amiesimaka Stadium, International Bus Terminal, New Rivers State University, an internationally acclaimed Specialist Hospital, etc

“A round peg in a round hole. Aleruchi Cookey-Gam pioneered the Amaechi urban renewal project in Rivers State through the Greater Port Harcourt Development Authority which Governor Wike in his usual characteristics strangling to death. The Ibifirinwangibo of Opobo Kingdom is suitable to handle this assignment perfectly for the greatness of Nigeria,” Eze vouched.

Her landmark feats during her tenure as the most outstanding and best ever Secretary to the Rivers State Government, (SSG) are still very visible even to the blind till date.

With the appointment, Chief Eze said the hopes of loyal party members have once again been strengthened that the indefatigable leader of APC, South South and Minister of Transportation, Rt. Hon. Chibuike Rotimi Amaechi is not relenting until hardworking and dedicated party members get their due within record time.

Congratulating Cookey-Gam for the deserving call to serve, Eze said her personality teaches the virtue of steadfastness, loyalty and commitment to the political ideology to which one subscribes.

Eze commended President Mohammadu Buhari and the Transportation Minister, Rt. Hon. Chibuike Amaechi for the opportunity given a Rivers daughter to serve the nation in that exalted capacity.

“May God continue to bless President Buhari and his son the Minister of Transportation for always ensuring that Rivers State is never left behind in crucial key appointments”.