Senior Bintu And The Politics Of Ghana 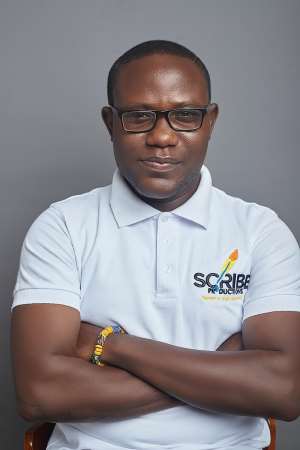 Back in high school, we had a notorious senior who was dreaded by all of my colleagues. Let’s call him Senior Bintu. Senior Bintu was in final year when we were only first year students. He was noted for doing exactly opposite what he preached. For instance, he insisted on us using our cutlery set in the dining hall, thus, went every length to punish his culprits. Consequently, everyone made it a culture to bring their cutlery to the dining hall except one person ― Senior Bintu.

As boarders, our evening studies was supposed to end at 9:30pm. By 9:25pm, a hungry Senior Bintu will be parading our floors, ready to chase us into our dorms when the closing period elapsed. Guess who would spend the rest of the night learning? Senior Bintu of course. He had wasted his study period chasing after vanity.

Senior Bintu was a perfect description of people who set laws they were not ready to obey. It was him who enacted the law that no food should be carried from the dining hall into the dorms yet our dorm was his dining hall. It was Senior Bintu who disallowed those of us in first year from washing during the week days… no matter how dirty our uniforms were. However, every day, he had his school son wash for him.

Leaving high school after close to two decades, the good old memory of Senior Bintu keeps coming back to me when I observe the political leadership of Ghana. The progress of our beloved country has been stagnated for years basically because, like Senior Bintu and his juniors, we are not equal before the law. To the law, some have always been masters and others, slaves… in our part of the world.

When I see our political leaders bully road users with the sirens of their luxurious cars, navigating through heavy traffic at top speed as though they are in haste to go solve Ghana’s problems, I cringe, “There goes Senior Bintu!” The Senior Bintus in our world will always exempt themselves from their own laws.

Some past leaders have raped the nation. Day in and out, the tax payer’s money is lost to avoidable judgment debts. Corruption and fiscal mismanagement are gradually pushing this nation into a grave of debts. The players of this silly game are very well known but they will always go scot free. After all, they are politicians.

A hungry man, on the other hand, has been sentenced to decades of imprisonment for stealing a finger of plantain. Obviously, the Senior Bintus and those below them are never equal before the law. In a society of Senior Bintus, justice is barely served.

Galamsey is tearing our nation apart. Like the days when Egypt was hit with a plague, our waters are gradually becoming undrinkable. The law enforcement agencies know the culprits hiding behind political masks but can’t charge them. The top hierarchy of every government is very much aware of the powerful forces behind this ill but guess what? Senior Bintus let go of their kind so they can be set free when it is their turn.

Like Senior Bintu, our political leaders preach Covid-19 protocols but are the last to abide by them. If it is about elections, they pretend corona went on vacation. Just after elections, they wonder how infection rates are soaring.

In one moment, they are cautioning that funerals should not exceed twenty-five (25) mourners. The next moment, they are attending funerals with thousands of mourners where social distancing and mask wearing have been thrown to the dogs.

In a society where the Senior Bintus are at the top, they don’t only excuse themselves from the laws. They excuse their favorites, too. No wonder regulators and law enforcers in Ghana can barely do the right thing because just ‘one call from above’ will endorse the wrong thing. The masses need to make do with substandard products and services because the profit makers are favorites of a Senior Bintu.

We are only kidding ourselves if we think this current Senior Bintu system will make Ghana any great. We may change all the governments there may ever be but if we are not ready to subject leaders to the same laws of the citizenry, we should forget about progress.

In a nation where systems are fashioned to benefit the political lot, many use politics as a channel to reach their inhumane destination. Where political leaders are treated as super humans, they eventually abuse the power given them and fly away in their political suits… at the least opportunity.

The nations we go begging from put leaders at par with citizens as far as the laws are concerned. If stealing by an ordinary citizen is criminal, it must remain same if it is perpetrated by a politician. That is how to move a nation forward.

Until our leaders begin to hold themselves accountable to the same laws they expect their citizens to abide, our nation will continue to endure this self-inflicted curse of poverty. Until the day our leaders (whether in or out of office) will stand trial for the wages of their sins, our nation will keep wallowing in poverty despite our resources.

In a nation where some people are above the law, eventually everybody becomes above the law. When a people conclude that the only way to get away with a crime is to be politically affiliated, soon every criminal will have a party card.

The way forward for Ghana, and Africa at large, should be led by our leaders. Unlike Senior Bintu, they should first do what they want their followers to do. True leadership is doing what you could have said.