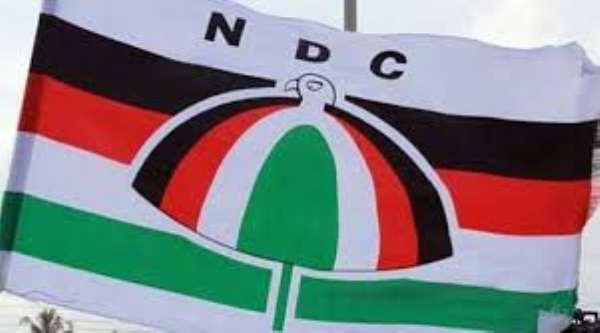 We the Cadres of the National Democratic Congress (NDC) have observed with concern and disappointment the rate of deterioration of the state of security in the country.

Under this NPP administration, Ghana has witnessed a surge in government sponsored terrorists activities, such as the Ayawaso West-Wuogon Constituency Parliamentary Bye-election, the Techiman South election shootings, the Ablekuma Central collation centre shooting, cross-border crimes, including arms peddling and weapons proliferation in Ghana, human trafficking, serial and contract killings, kidnapping and armed banditry as some of its major national security shortfalls that the government must urgently tackle to ensure safety and security of citizenry. It is clear that the country is witnessing regime security as opposed to national security and surge in crime is a result of leadership failure. Ghanaians now live in fear much about the situation and pronouncements that have the effect that they have given up and cannot do anything about the crime situation in the country.

The threat of terrorism and violent extremism in Ghana has heightened discourse across the nation. Given the southward spread of extremist groups in Burkina Faso and the porous nature of our borders, there are concerns over cross border incursions into Ghana.

Violent crime is on the rise, including broad daylight armed robberies across the country. Nationwide, violent crime results in more than 500 deaths per year. Criminals frequently carry weapons; the most prevalent are locally manufactured pistols, rifles, and shotguns, also a number of weapons are smuggled into the country while our border security personnel are not able to do much about the situation. Reliable sources estimate that there are 1.2 million unregistered guns in Ghana.

The recent violence at the Ayawaso West-Wuogon Constituency Parliamentary Bye-election in January 2019 linked to State sponsored terrorist groups, such as Invisible and Delta Forces suggests the gravity of the threats it poses to Ghana’s democracy. Unfortunately, these groups have been absorbed into the National Security apparatus. The ability of these terror groups to seize public assets and interfere in court proceedings to free their colleagues from prosecution is also a manifestation of the threat they pose. It indicates an attempt by the groups to entrench themselves as a semi-autonomous institution that threatens the legitimacy of the State.

The number of crimes that have occurred within two weeks of June 2021 are alarmingly very scary and this demands immediate action from government to curb the situation and ensure safety and security of our country. Some of the crimes within the last two weeks are as listed.

Causes of the present insecurity in the country

In conclusion, we call on the Akuffo Addo / Bawumia government and their security advisors to as a matter of urgency call a crisis meeting to find immediate workable solutions and sack the IGP, Security Minister, Interior Minister and the Defense Minister. The country needs fixing and it must be fixed NOW!