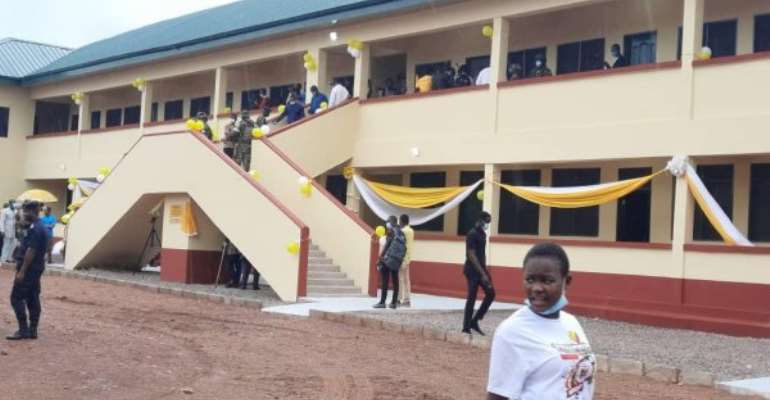 Vice President Dr Mahamudu Bawumia Saturday opened a 600-bed girls' dormitory and a housemistress' bungalow for the Tamale Senior High School to improve education in the region and the country in general.

The two facilities, estimated at GH¢ 2.8million, were constructed by the MTN Ghana Foundation, the charity wing of the telecom giant, as part of efforts to improve access to education, especially for girls.

The programme coincided with the launch of the 70th Anniversary of the establishment of the Tamale SHS, the oldest second cycle institution in the Northern Region, established in 1951.

Dr Bawumia commended MTN and other stakeholders for investing in some of the most critical infrastructural facilities of the school to improve teaching and learning.

Being an old Student of the School, the Vice President said he was committed to rehabilitating other facilities including the kitchen and a hall, which had been named after him, to further improve the schools' operations for the benefit of students.

Management of the Tamale SHS, during the programme, announced that the Board of Directors had named a hall after the Vice President to be known as 'Bawumia Hall'.

Dr Bawumia expressed appreciation to the Board for the honour.

Mr Selorm Adadevoh, the Chief Executive Officer of MTN, said the facilities would be crucial in shaping the future of the next generation of women leaders of the country.

He appealed to Management to maintain the buildings to prolong their lifespan.

Reverend Edward Azeka, the Headmaster of the School, expressed appreciation to MTN Ghana Education and other stakeholders for supporting the school with infrastructure to accommodate students and teachers.

I planned my fake pregnancy with my mother, I used silicone ...
9 minutes ago