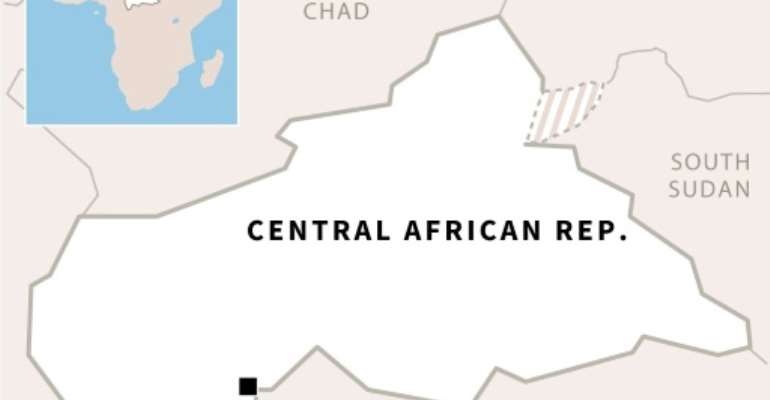 Doctors Without Borders (MSF) condemned "the continuous incidents affecting the medical mission in CAR" after a woman was killed in an ambush on the charity's team. By (AFP/File)

Doctors Without Borders (MSF) said Saturday a woman had been killed in an ambush on its team in the Central African Republic, with the medical charity already reeling from the murder this week of three staff in Ethiopia.

MSF's Western and Central Africa branch said the woman, who was accompanying a patient being transported by MSF staff near the town of Batangafo, was shot dead after the convoy came under "an ambush by armed men" on Thursday.

"3 other people were injured, including a motorbike rider hired by MSF & 2 patients: a woman & her baby," MSF said on Twitter. "The injured people are stable at Batangafo hospital."

The aid group said its two motorbike riders had been clearly identified as MSF staff.

MSF's Western and Central Africa branch (team members pictured in Bangui in April 2014) said the woman, who was accompanying a patient being transported by MSF staff, was shot dead after the convoy came under "an ambush by armed men". By ISSOUF SANOGO, - (AFP/File)

"We condemn the continuous incidents affecting the medical mission in CAR & severely impacting the access to healthcare," it added.

"This is the 3rd attack in June affecting MSF and our patients in the area."

The announcement came just a day after MSF announced that a Spanish aid coordinator and two Ethiopian staff had been found dead in Ethiopia's war-torn northern Tigray region.

$200 million Saglemi scandal: Funds were not directly given ...
21 minutes ago

Policy saturation, failure fatigue and frustration can make ...
55 minutes ago