Shameless: How APC Cancelled Zonal Rally because of IPOB, ESN and UGM 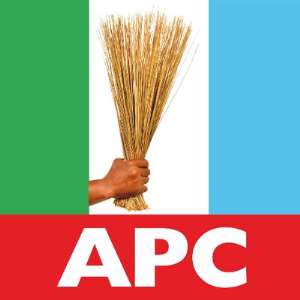 It is a shame that the All Progressive Congress, of which I am a member, postponed the zonal congress earlier scheduled for Okpara Square, Enugu on 30th of May, due to the scare of IPOB, ESN and UGM. It is a big shame and it shows the caliber of people plotting the affairs of the party in the South East.

I was called by some key chieftains of the party and drafted into one or two sub committees for the success of the rally, but I smelt foul when I heard that Governor Uzodimma was in support of postponing the event for fear of attack.

During Endsars, I know what myself and some patriotic Igbo activists did to ensure that what happened in Rivers State was contained in the South East. We take credit for making South East peaceful, because we took initiatives of dialoguing with troublemakers from state to state. The Zonal Rally is meant to be used to rally support for Igbo Presidency, and show other regions that Ndigbo are prepared.

The APC is nearing extinction in the South East. While elites throng the party, the people loathe it, especially with the degeneration in security situation n the south East. I have warned the Buhari men in private, and in many public discourse that things are degenerating. Let our APC leaders tell Abuja the truth about the current popularity of the party South East.

We warned that the vacuum created by the inability of the South East Governors to form a security outfit will be filled by Nnamdi Kanu, as early as September last year. Now ESN is turning to Gestapo in the South East, and the existential gap has been filled by non-state actors.

We warned that if Ohanaeze elections are not transparent, the Igbo elites will abandon the body, creating a credibility crisis, today, there are four factions of Ohanaeze Ndigbo-The Prof Obiozor group, The Chidi Ibeh Group, The Basil Onyeacholam CAC Group and the Bishop’s group, powered by Imeobi Ohanaeze. Therefore, in terms of crisis, Igbos has no voice.

APC leadership has failed in the South East. Why should Uzodimma enter into trap dug for him by Okorocha. Why not use carrot and stick on IPOB, ESN and his predecessor. The Governor has surprisingly and commendably developed Imo State road networks and opened many roads, with good drainage, across the senator zones, in his brief stint in office, but spoilt it with negative conflict resolution mechanism with IPOB, UGM, ESN, Okorocha, Ihedioha.

I pity the contestants of APC for Anambra gubernatorial elections. The current security situation is eroding the chances of APC in the state, and the option of rigging election could lead to total war. The peace in the South East is attributable to the activists of veteran Igbo Activists who have taken it upon themselves to talk to the troublemakers, aggrieved secessionists and angry youth in their domain, of which I am a principal participant. All these security meetings between the South East Governors with Minister of Defense, Service Chiefs, Chief of Staff to the President, Minister of Interiors, as far as we are concerned, have yielded little in convincing the people that they are part of Nigeria.. We have cautioned the troublemakers, and they have listened.

In the current Anambra Gubernatorial Primaries scheduled for Saturday, we have noticed the presence of some strange faces, thugs, criminal elements, allegedly working for some persons. While I have no interest in who wins the primaries, my interest is that after the polls, the political thugs will not pose new security risk to the security apparatus of the state as UGM or Anambra populace as Criminals and Cult persons. APC has failed in the South East because those who claim to be the leaders have no idea of what is going on, no clue on how to advertise or strategize for Igbo Presidency. Suspicions, infighting, yet they run to Abuja and claim all is well.

All is not well with APC in the South East. The Pan Nigerian President of Igbo Extraction, PANPIEC, has been canvassing for president of Igbo extraction. APC leaders have not shown any interest. I am the National Director of Christian Religious Bodies in PANPIEC, and while we make grassroots attempt to convince non-Igbos of viability of Igbo Presidency, our leaders are perambulating in Abuja, and granting nonsense interviews on news media. They are just loafing about, waiting for Buhari to do wonders.

I am sorry, I am a longstanding Buharist since 2003, who is disappointed at how things are being run in the nation, and in the South East, including the insecurity, the Unknown Gunmen, the Banditry, Boko Haram and lopsided political appointments, and have voiced it out severally, privately and publicly, while still maintaining party loyalty. Let the APC leaders wake up, inject new ideas, tell Abuja the truth, or stay quiet and go into extinction in the South East.

Cancelling APC Zonal Rally in the South East because of IPOB, ESN, UGM, when we have two Governors, Six Ministers, and other Key Appointments, is a shame. APC chieftains are afraid of voicing it out in order not to be denied of benefits-to hell with benefits, let Abuja know that APC is going extinct in the South East.

Let the primaries of APC in the State be conducted without rancor, and let a transparent winner emerge ELSE the party will go down Golgotha. Cancelling APC Zonal Rally because of UGM, ESN and IPOB is already an insult, conducting a rancorous primaries in Anambra State will be the worst.