That ‘I Am The Dot’ Concept 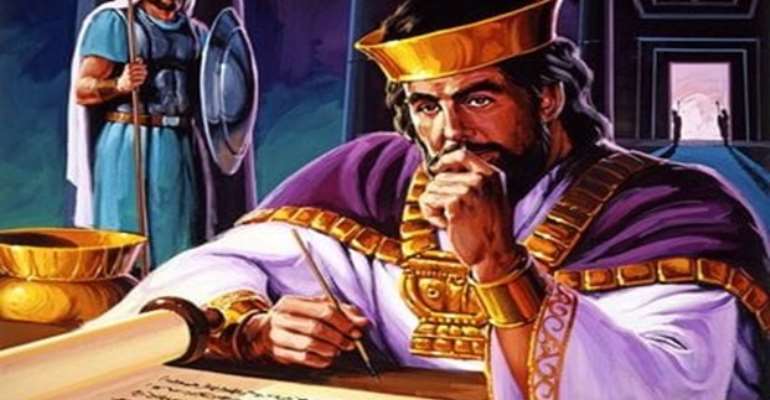 I recently came across a very interesting write-up titled ‘I am the dot’ postulated by a certain doctor who I presume is Igbo, judging from the robust manner he tried to explain the sociopolitical importance of Igbo people as the ‘dot’ in the lives of Nigerians and how he eminently defended the integrity of the typical Igbo in what could justifiably pass as modern poetry. This man named Igbo is not the comma, not the hyphen, not the colon or semi-colon but the dot, the full stop of a sentence, any sentence. He is Igbo.

Much as I respect the indefatigable ingenuity of the author of that piece, I still think that his concept is somewhat misleading, especially for the younger generation of Igbo youths who may be tempted to literally swallow his social dogma, hook, line and sinker, in their attempt to find relevance in today’s troubled Nigeria. As a matter of fact, the author’s philosophical postulation runs directly in defiance of the original tradition and culture of Igbo people.

The mental picture this ‘I am the dot’ doctrine conjures in the first place is that of indispensability. But in actual fact no one is indispensible. It may be that one is valued because of one’s position of importance in the family, in the community or in the country. Yet, no family, no community and no country has ever come to a halt because one of its eminent actors left the active stage – which shows that no one is indispensible as a matter of fact. And then, there is the more traditional aspect of the philosophy.

Why do the Igbo have the culture of not making wills before they quit the stage? The tradition is that when a man transits, his first son inherits his assets and liabilities. And that includes any young wife he may have married before passing on. If he had children who were in school or who were learning some trades, the first son sees them through with whatever resource his father left for him, whether it is physical cash or arable land and economic trees.

In some cases, the son is expected to see his father’s children through until they settle on their own, before he gets married. But that tradition is gradually being modified so that a son’s wife can also help him with his obligations to his father. In such a way, they are faster about their commitments and quicker to settle down and raise their own family.

So, when an Igbo man feels it is time to go, he calls his first son and possibly other favoured members of his family and blesses them before he joins his ancestors. He does not centre his world around himself, let alone the world of other people. He refuses to be the dot in any one else’s life or fortune. That is the tradition and culture of the Igbo. But quite often, some people tend to have that exaggerated idea of their own importance in the society that their understanding borders somewhat on egocentricism. This is true of the ‘I am the dot’ doctrine.

In the Bible, we read the story of how God asked King Solomon to make a demand from him. Solomon asked for wisdom to rule Israel judiciously. God was impressed that he did not ask for riches or any such thing. He asked for wisdom and God gave him wisdom. News concerning King Solomon’s wisdom spread all over Israel after he delivered justice in the case of two women who struggled for a child, each claiming the child was her own.

Wisdom created wealth for King Solomon. He married hundreds of wives from different parts of the world. Some of them were from Egypt, some from Abyssinia (Ethiopia today), some from Mesopotamia and some from Syria. He had about a thousand concubines. He was rich beyond measure. His many wives came into his life with their different cultural backgrounds and their understanding of who God is according to their tradition and culture. They greatly influenced King Solomon’s vision of God in varying degrees.

Now, when King Solomon grew old and knew that his days on the throne were numbered, he looked at all his wealth and reflected emotionally: “So, one day, I will leave all these and go away?” Then he heaved a long painful sigh, saying: “Now I know that vanity of vanity, all is vanity.” It meant that on reflection at the time, he saw all the wealth he accumulated in his lifetime, all the luxury he enjoyed as vain gloriousness. It made him so sad.

But in Deuteronomy 30 and verse 19, God said to the children of Israel: “This day, I call heaven and earth as witnesses against you that I have set before you life and death, blessings and curses. Now, choose life, so that you and your children may live, and that you may love the Lord your God, listen to his voice, and hold fast to him.”

First is the witnessing which is very important because we cannot escape from it. There is no place on earth or under the heavens to hide away from judgment. Second is that in consonance with his nature, God makes allowance for us and gives us the option to choose to do good or to do bad, to choose life and its blessings or to choose death and the curses that come in its wake. The choice is absolutely ours to make.

The women in King Solomon’s life got him confused in his relationship with God. He saw himself as the epicentre of his wealth and his world. He didn’t remember any more that he inherited his throne and a part of his wealth from his father and that his own son would inherit them from him. Had he thought that way, it is doubtful if he would have seen his life and wealth as vain because there was not going to be space for any vacuum. There would only be continuity just as the Igbo also have continuity in their tradition and culture. That is why on reflection, the Igbo are named: Amaefule, Ahamefule, Obiefule, Ikemefule, all implying or depicting continuity. And that is exactly why this ‘I am the dot’ philosophy runs against Igbo tradition and culture. It did not create any space for the one aspect of Igbo life that the people hold so dear – the tradition of continuity.

But trust God. He has given the Igbo the opportunity to choose whether the future of their children is important to them or whether all their lives and activities must be centered on them as individuals, as the dot that is the final full stop of every complete sentence.