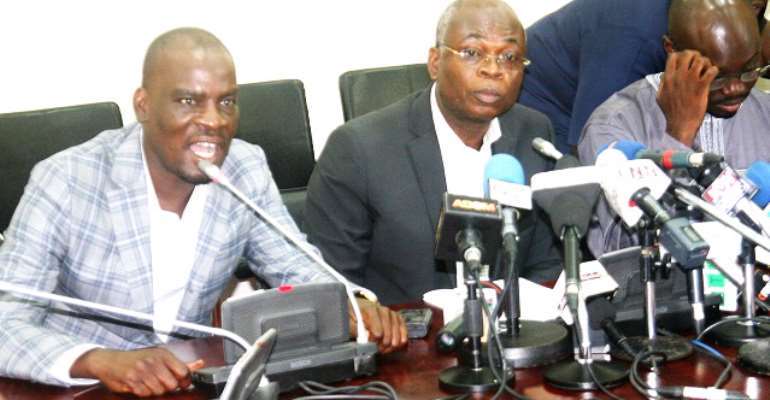 The Minority in parliament is calling for the head of the Minister of the Ministry of Foreign Affairs, Hon. Shirley Ayorkor Botchwey over what they say is her failure to meet basic expectations of her office in the country’s purchase of the Sputnik V vaccine.

Said to have links with the Russian government, the middleman from the United Arab Emirates led the Ministry of Health to purchase 3.4million doses of the Russian Sputnik V vaccine at a unit cost of US$19 instead of US$10.

Accusing the government led by President Akufo-Addo of breaching diplomatic channels in the purchase of the vaccines, the Minority at a press conference on Tuesday has emphasized that the Foreign Ministry in particular has let the country down.

“It is totally unacceptable that President Nana Akufo-Addo, who has served as Foreign Affairs Minister, boldly chose to sidestep diplomatic channels and rather resorted to dealing with Russian Institutions through third parties when we have always had and maintained cordial bilateral relations with the Russian Government. It is also clear to us that our Foreign Ministry led by Hon. Shirley Ayorkor Botchwey have let this country down,” Minority leader Haruna Iddrisu told journalists at a press conference on Thursday.

He continued, “the abysmal failure in leveraging historic diplomatic ties with the Russians at a time we in the Minority have unfettered access to the Russians is most embarrassing. She ought to be fired if she cannot meet the basic expectations of her office.”

According to the minority, contrary to what the public has been made to believe, the middlemen government is dealing with in securing the Sputnik V vaccine are imposters with no authorization on behalf of RDIF or Russian authorities to hold themselves as agents.

Read the full speech read by the Minority leader below: