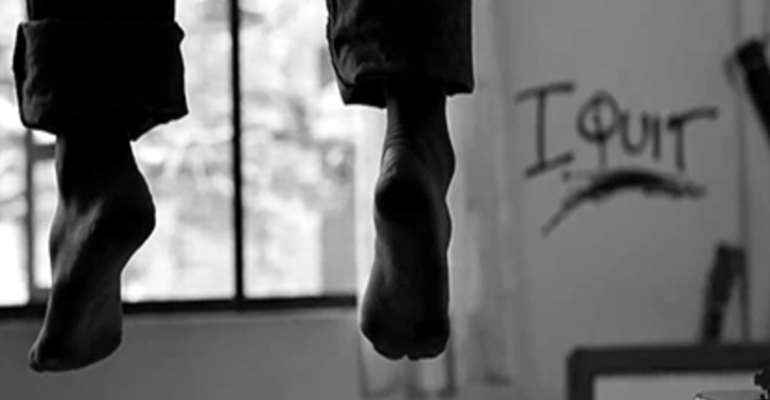 The Best farmer of Adoe Community, Atia Agurantey believed to in his late 30s was found hanging dead in his room at Adoe, a suburb of Odomase in the Sunyani West of the Bono Region.

The said incident has thrown the residents into a state of shock especially yam buyers and co-farmers.

According to his wife, Adwoa Kubeysa whom he had four(4) children with narrated to Nimdie FM's M'akosem show host, Alhaji Gongonorno that she heard unusual sounds from her husband's room on Wednesday dawn around 3:00am.

She continued that when she entered the room she saw her husband hanging on a wooden bar in his room with a metal wire tied around his neck.

The Assemblymember of the community, Hon. Issaku Sulleimana stated that even though the deceased was an extrovert type of man, he was very lively and hard working.

They later reported the incident to the Odomase police station.

The police together with other townfolks went into the room to retrieve the body at around 8:50am.

The body has since been conveyed by the Odomase police to the Municipal hospital morgue for autopsy and preservation.