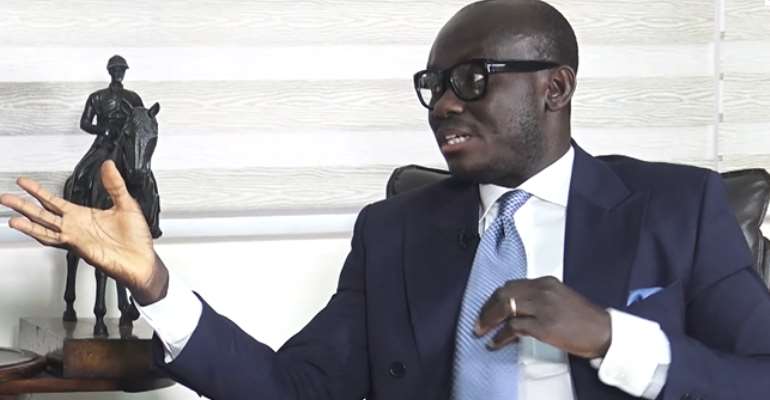 The Attorney General and Minister of Justice, Godfred Dame says he will challenge a $15 million judgement debt awarded against government of Ghana in its fight against illegal mining.

Although the Minister failed to extensively explain what exactly led to this new judgement debt, he clarified that it came about during the work of the now-defunct Inter-Ministerial Committee tasked by President Nana Akufo-Addo, in his first term, to fight illegal mining.

Speaking on Citi TV‘s Point of View program, Mr. Dame explained that although the time period for appealing against the judgement debt had elapsed, he still intends to challenge it on “procedural grounds.”

His comments come on the back of criticisms by some sections of the public over the appropriateness of the government’s current strategy in its fight against illegal mining, involving the burning of seized excavators and other mining equipment.

“Apparently, there has been some judgement debt granted against the Government of Ghana in that regard. I got to know through Randy Abbey that it had been awarded last year. The following Monday, I sought to investigate, and I found out that indeed, there had been a judgement debt of over $15m granted and that was in July of June last year with respect to some activities by the Inter-Ministerial Committee at that time there was no burning at all.”

“So really the judgement debt really becomes unavoidable but even with respect to that judgement debt even though the time for appeal has elapsed, I really intend to challenge it on procedural grounds.”

Justification for the burning of excavators

The Attorney General, also on the show, sought to justify the government’s new strategy in the fight against illegal mining.

Mr. Dame explained that Government’s foremost principle in the galamsey fight is that “a person engaged in an illegality has no rights.”

“So the principle we are operating with is that no right accrues to a person who is engaged in an illegality, and that is a principle recognised by the laws of Ghana.”