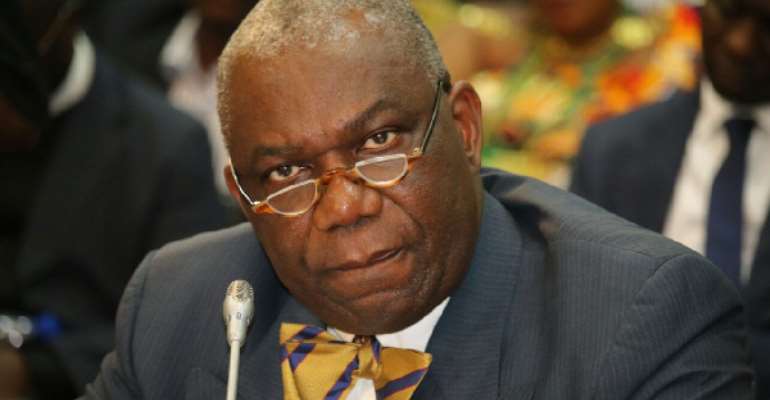 Former Energy Minister, Boakye Agyarko, has pooh-poohed suggestions that he should be held liable for a $170 million judgement debt slapped on government of Ghana by a Commercial Court in London for unlawful termination of a power purchase agreement with Ghana Power Generation Company (GCGP).

The agreement was cancelled by the Akufo-Addo government based on a recommendation from a committee set up by the Ministry of Energy on orders of the Office of the President to review all power agreements.

Some persons, including the Ranking Member on Parliament's Energy Committee, John Jinapor, have suggested that the former Minister should be held responsible for causing the $170 million judgement debt to the state.

But Mr. Agyarko on Eyewitness News said he cannot be held responsible for the cancellation, given that he was only acting on the orders of the Cabinet at the time.

“It is an act of ignorance and stupidity [to make such suggestions]. When a Cabinet decides on a matter, how does it become the personal decision of the individual who has to do the representation of Cabinet? To think like that means you are not even fit to participate in governance,” an obviously exasperated Boakye Agyarko said.

There are suggestions that the then Energy Minister failed to engage extensively in exploring other options instead of a cancellation of the agreement, but Mr. Agyarko dismissed this claim, insisting that his hands were tied at the time because he had no power to alter Cabinet's decision.

“I know that when I was in office, some people tried to get me to vary the report as approved by Cabinet and my position was clear that if you are a sector Minister and Cabinet approves, it does not lie within your remit to alter the decision by Cabinet. You cannot do that … so it amazes me that some people can stick their mouth and say that because I was Minister, I should be personally charged with the responsibility of that liability. It is ludic.”

The GPCC dragged the government of Ghana to the United Nations Commission on International Trade Law (UNCITRAL) after an official termination in 2018, demanding compensation from the government for a breach of the contract.

The court subsequently awarded the company an amount of $170 million to be paid by Ghana.

Ghana challenged the arbitration award in a UK court, but could not meet the deadlines to file its case citing the COVID-19 pandemic among others as reasons for the delay.

The Attorney General, Godfred Dame, has stated that processes are underway to thoroughly probe circumstances that led to Ghana being slapped with the $170 million judgement debt, although he noted that the cancellation saved Ghana a lot more.