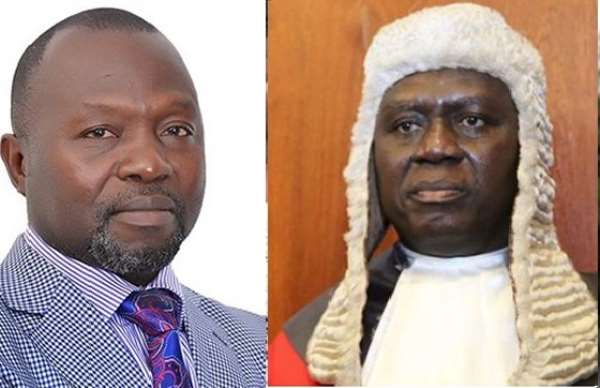 Chief Justice Kwasi Anin Yeboah dragged NDC Member of Parliament for Bolgatanga East, Dr. Dominic Ayine to the Disciplinary Committee of the General Legal Council for further investigation into comments he claimed the lawmaker questioned the autonomy of the Judiciary.

This follows comment made by the former Deputy Attorney General and a member of the legal team of H.E John Dramani Mahama in the 2020 election petition, questioning the conduct of judges on the petition.

Scores of Ghanaians have expressed their displeasure at the Chief Justice and the move by the General Legal council to summon Dominic Ayine for his criticism given that similar criticisms were made in the past without the intervention of the General Legal Counsel.

Some Ghanaians who took to the internet to protest the summoning of the lawmaker have described it as a political move to silence the opposition NDC and lawyers affiliated to the party.

On Tuesday, 22nd June, 2021 scores of agitated youths launched an online campaign with the hashtag #DrAyineCommittedNoCrime.

The #DrAyineCommittedNoCrime campaign is a response to what thousands referred to as an attack on freedom of speech in the country.