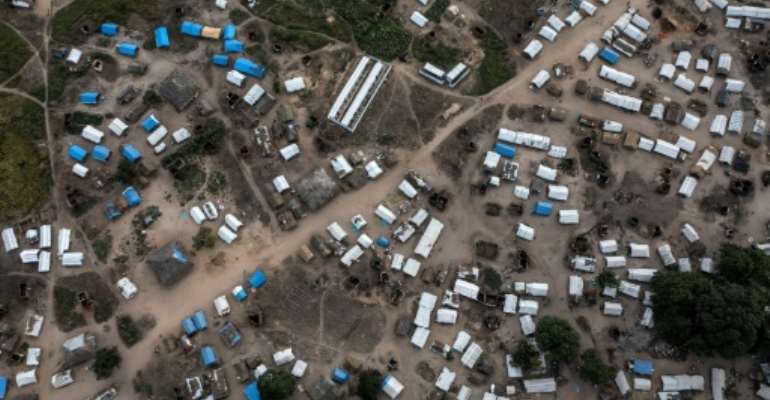 Violence in northern Mozambique has forced hundreds of thousands to flee their homes. By JOHN WESSELS (AFP)

Southern African countries agreed Wednesday to deploy forces to help quell a jihadist insurgency that is wreaking havoc in northern Mozambique, and threatening to spread across the region.

The Southern African Development Community (SADC) approved the deployment of the "SADC Standby Force in support of Mozambique to combat... terrorism and acts of violent extremism in Cabo Delgado," Executive Secretary Stergomena Tax said at the end of a one-day summit.

She gave no details of the strength of the force or how long it would be deployed.

A leaked SADC document earlier this year recommended sending around 3,000 soldiers to Cabo Delgado province, where insurgents have seized control of towns and villages, forcing hundreds of thousands to flee their homes.

Mozambique President Filipe Nyusi, himself a former defence minister, had for long shied away from asking for foreign military intervention to fight the jihadists.

In a speech Wednesday, Nyusi thanked his counterparts for the support to "eradicate terrorism and violent extremism" in Cabo Delgado.

The help will complement efforts of the Mozambican defence and security forces which "are selflessly dedicated to ensuring the sovereignty and territorial integrity, as well as the protection of the population".

Nyusi, who chaired the bloc for the past 12 months before handing over to Malawi, had come under tremendous pressure from the SADC to deploy the force, said analyst Willem Els of the Pretoria-based Institute for Security Studies.

For the bloc, "the situation in Mozambique is not only a local situation, it also evolved into a regional dilemma," he said.

On Wednesday, he hailed the SADC decision as "an incremental step" in a long series of negotiations.

The violence has escalated in the gas-rich north of Mozambique since breaking out in late 2017 and there are fears it could spill over into neighbouring countries.

On March 24, Islamic State-linked militants launched coordinated attacks on the northern town of Palma, ransacking buildings and murdering residents as thousands fled into the surrounding forests.

The assault marked an intensification of violence and has driven around 800,000 people from their homes, according to the United Nations, and claimed the lives of more than 2,800 people -- half of them civilians.

More recently British charity Save the Children and local sources said last week that four civilians, including two teenagers, had been beheaded in the region after leaving a village to search for food.

Following the March attack, French oil giant Total pulled out from a gas exploration site in the region.

The leaders of Botswana, the Democratic Republic of Congo, Eswatini, Malawi, Mozambique, South Africa, Tanzania and Zimbabwe attended the talks in Maputo, the other countries in the 16-member group sending ministers.

The summit called on member states to provide humanitarian help to all those affected by the insurgency.