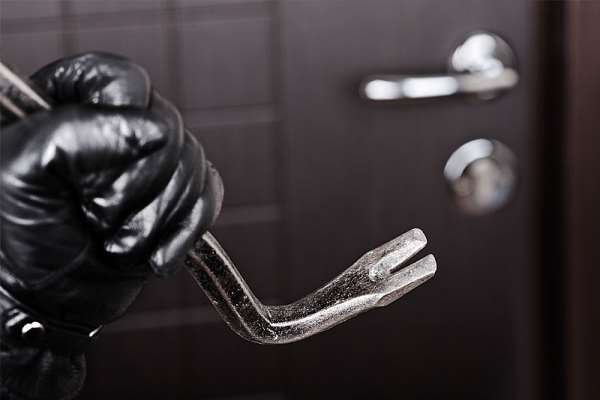 A Closed-circuit television (CCTV) has captured some thieves attempting to break into a bar, +100 bar and grill at Anaji Westline in Takoradi.

The thieve number three were spotted in the video breaking the padlocks to gain access to the bar.

One of the thieve was asked to be on the lookout whiles the remaining two were skillfully breaking the padlocks to the main entrance with ease.

The incident happened on Friday, June 18, 2021 behind the Takoradi Senior High School.

The owner of the bar said the notorious criminals have been in business for so many years.

According to him, they have robbed printing shops, mobile money vendors and some hotspot businesses in the area.

Narrating the incident to this reporter, he stated, "It's the time for them to be in the news and the time is now, we also urge the general public to help identify these thugs

"We urge the government to use the video to bring these guys to book and receive strong and daunting punishment which will serve as a deterrent to others.

"Though they couldn't make away with anything but the padlocks to the shop were destroyed. I can say that, had it not been the security cameras which prevented them from their entry into the shop, like we would have been here crying bitterly.

"Currently, the guys who were seen in the video are on the run so will urge the general public to help in arresting them."

We were not influenced by any party to reject your rice, we ...
7 minutes ago