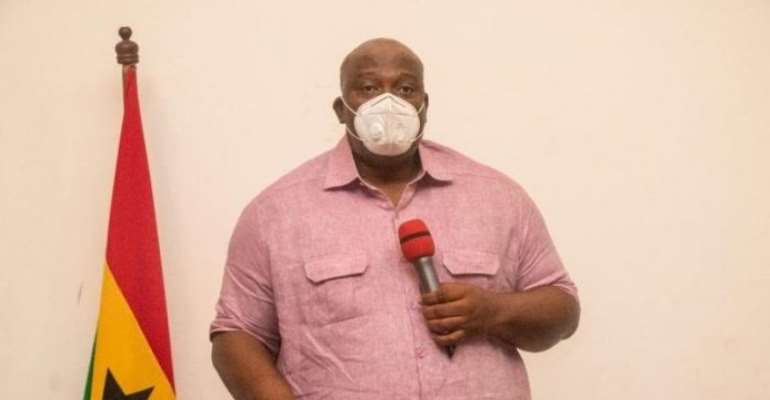 The Greater Accra Regional Minister, Henry Quartey, has vowed to cause the dismissal of some Metropolitan, Municipal and District Chief Executives in the region who are not able to perform satisfactorily.

According to him, the performance of MMDCEs in Accra will be assessed every six months, after which recommendations would be made for the dismissal of the low-performing officials.

He insisted that the job of MMDCEs is not limited to the confines of their offices but on the ground, and that they must be ready to be on the field to work.

Mr. Quartey said he will plead with President Nana Addo Dankwa Akufo-Addo to sack any MCE who fails to perform creditably after the six-month duration.

“I don’t know about other regions, but in Greater Accra, if you are confirmed as an MCE, I want to go and kneel down before Mr. President that six months into your administration and you are not performing, we will sack you.”

“As an MCE, we expect you to work hard. Don’t sit in your office and do capacity building. Go to the field, that is where the work is. We will try and get an appraisal to the Local Government Minister, every six months, and if we think you are not doing well, we will sack you.”

Henry Quartey, since assuming office under his ' Let’s Make Accra work campaign, has undertaken several initiatives to provide lasting solutions to everyday challenges in the region, with the view to transform the national capital.

Although these initiatives have won him the admiration of some Ghanaians, the Minister believes the totality of these efforts should not be viewed as political vindictiveness.

“There is a vision the President has for the region, so as a servant of the President, we have to ensure that he is able to realize his vision. Various stakeholders have thrown their support behind me. It shouldn't be seen as political vindictiveness. We need to see how best we can create an enabling environment in Accra for all of us to live in this region”.

Henry Quartey gave assurances that the efforts to making Accra work are sustainable and not “a nine-day wonder”, explaining in details his longterm plans for sustainability.