At 91, Polish ex-champion revs up for Kenya rally 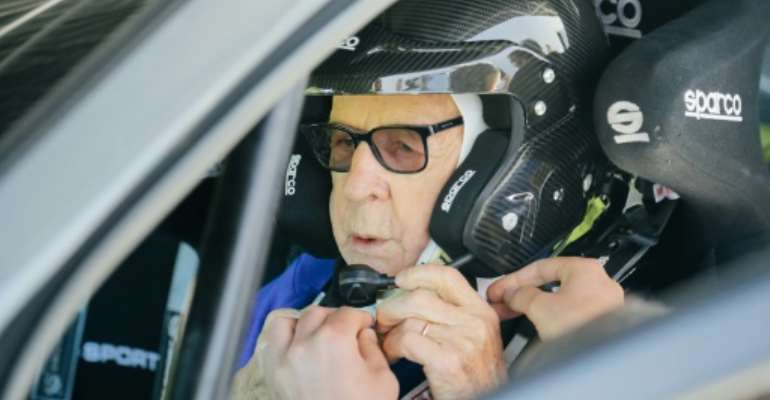 Zasada says he is raring to go for the Safari Rally Kenya where the 91-year-old will taken on rivals almost 70 years his junior. By JANEK ZDZARSKI (ZASADA GROUP/AFP)

Sobieslaw Zasada took part in his first auto rally in 1952 and went on to win the European title three times.

Now aged 91, he will be taking part in the WRC Safari Rally Kenya starting on Thursday -- an unprecedented feat.

"Life begins at 90 so I'm going for it!" Zasada told AFP in a phone interview, bursting into a hearty and infectious laugh.

"I want to see what it looks like today because it's changed a bit from rallies in the past," he said, a few days before jetting off.

Zasada said his main aim in Kenya will be to "reach the end" of the four-day event where he will compete with rivals almost 70 years his junior.

He will be behind the wheel of a 250 horsepower Ford Fiesta Rally3 with an Ecoboost engine, adapted in Poland by M-Sport.

In a career spanning nearly seven decades, Zasada has taken part in 250 competitions and won more than 150 of them.

For many years, he was the only pilot from the other side of the Iron Curtain to race for Western teams with cars such as Porsche, Mercedes and BMW.

Zasada drove a BMW in his first victory in a competition in Krakow in 1952 with his then-fiancÃ©e as co-pilot.

"To everyone's surprise, we won even though we were the newcomers," he said, adding: "We got married in December of that year".

Zasada has been racing since 1952 and landed three European titles -- the last in 1971. By JANEK ZDZARSKI (ZASADA GROUP/AFP)

Zasada has since gone on to win around 50 rallies with his wife Ewa as co-pilot.

It was with his wife that Zasada took part in his last Safari rally in 1997 on a Mitsubishi Lancer.

"The course was very tough... During a gravel climb in the third stage I suddenly heard my wife shout: 'My love, you must hang on!'.

She will not be joining him for the rally in Kenya, however, and his co-pilot will be Tomasz Boryslawski.

After the fall of communism in 1989, Zasada became a businessman, representing among others Mercedes and Volkswagen in Poland.

He still sits on the supervisory board of his company, which does everything from selling cars to developing properties to producing sportswear.

He is also the author of numerous books and technical manuals for driving.

He has long-ranked on the Forbes magazine list of Poland's richest people.

After cutting down on driving, he also took up sailing.

After years with wife Ewa as co-pilot Zasada, who is also a top yachtsman, will race this time with Tomasz Boryslawski. By JANEK ZDZARSKI (ZASADA GROUP/AFP)

In 2001, he won the Palma de Mallorca to Cabrera race, then the Transatlantic ARC on a catamaran in 2005 between Europe and the island of St Lucia in the Caribbean.

As he prepares for a Kenya rally once again, the former champion said "everything has changed" since the last one he took part in, except for the route and the temperatures in Africa.

In 1997, he remembers driving in shorts and a t-shirt.

Now, all drivers must wear race suits and there is much more safety regulation.

What worries Zasada most, he said, is "learning to get into the car".

"It's like getting into a cage. I have to train myself to do it quicker," he said.