Dr. J. P. Adjimani ― The Father Of The Mentally III 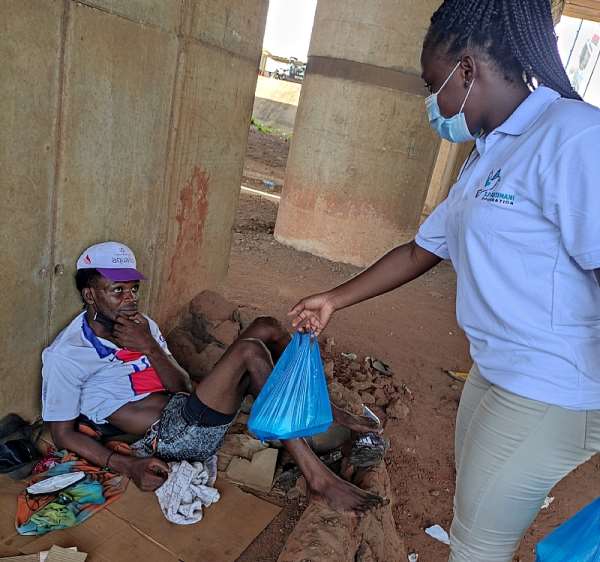 My relationship with Dr. J. P. Adjimani (affectionately called Dr. Adjimani) dates back to the late 2000s. One morning, I walked into his office in the Biochemistry Department of University of Ghana with the intention of opting to specialize in Biochemistry. That was my first encounter with him.

Then, only a second year Biological Science student, my dream of getting into medical school had just been crashed. I was not shortlisted after a thorough selection process. I was at sea as to how the life ahead of me was going to be like. For a very long time, I had had dreams of practicing as a doctor and I couldn’t admit that dream was over, at least, at that point in time. I had somewhat convinced myself that my life was going to be worthless if I couldn’t be a medic.

Here I was. Hit with the bombshell that my medical school dreams were but a fairy tale, I had to finally console myself that “everything happens for a reason”. Try as much as I could, however, I could not find that divine reason for this particular rejection which was going to majorly change the course of my career.

That early morning, I was at the doorstep of Dr. Adjimani to decide what I was going to do with the rest of my life in University of Ghana. Among the many courses I was left with to choose from, Biochemistry sounded like the closest to medicine… even though I had almost no idea about what the course entailed.

I was directed to him because he was the Head of Department ― the one in charge of admitting new students who had to specialize there. It was this first encounter that largely changed my point of view about my penchant for medicine. With a great sense of humor, he assured me one could make an impact in life regardless of what they studied in the university… and that was the beginning of my Biochemistry journey.

Dr. Adjimani was the go-to lecturer of the department. His name was on the lips of almost every student because he came down to their level to explain concepts to them. Unlike the typical lecturers of our time, he will mark every assignment he dished out, display the marking scheme and give students the opportunity to seek a redress if they felt they had been unfairly treated.

Dr. Adjimani will travel the moon to ensure everybody around him was doing well. Every student regarded him as a father. Some even went to him when they had troubles with their biological parents.

I still kept my relationship with him after university. One day, he suggested to me that he wanted to summarize his life story in an autobiography. It was in his narration that I noticed his big dream after retirement ― to cater for the marginalized, especially the mentally ill. He had always been curious about how such fed themselves on the streets when they didn’t even have a place to lay their heads.

In a society where it is almost abominable to get close to mentally challenged people, it came to me as a surprise that someone had actually been thinking about them. It took people with a big heart to go the extra mile for mentally ill persons and this man right here was one of such people.

Guess what. In October 2020, Dr. Adjimani launched his autobiography, The Fear of Failure, which became a launch pad for his foundation, J.P Adjimani Foundation. All revenue raised from the sale of his books were channeled into his lifelong dream of seeing the mentally ill on the street fed, at least, once every week.

The day of the launch of the book was the day a dream was birthed ― a dream which had in mind mentally ill people on the streets. That fateful day, I reminisced what Dr. Adjimani told me the first day I encountered him ― you can impact lives regardless of what you studied in university. Maybe… just maybe… that could have been one of the divine reasons I missed medical school.

Since December 2020 until now, the J.P Adjimani Foundation, with support from friends and family of Dr. Adjimani, has been feeding mentally ill persons on the streets of Accra every Saturday. At least, 70 of them are given a healthy lunch on each outreach. Soon, the number of beneficiaries will be upped while the outreach spreads to other regions of Ghana.

Intermittently, beneficiaries are given fruits to supplement their lunch and used clothes. In the long term, Dr. Adjimani’s foundation hopes to rid our streets of mentally challenged persons by recruiting them into hospitals.

Courtesy the kindheartedness of Dr. Adjimani, a mentally ill person on the streets of Accra knows they will be fed with a healthy lunch, at least, once every week. Indeed, humanity is when we build assets out of people, not when we amass assets for ourselves.

Father’s Day is for people like Dr. Adjimani; those who are not content with their comfort alone. A day like Father’s Day should celebrate those who have sacrificed what they have for the satisfaction of those who have nothing. A celebration such as this is for those who look forward to being a blessing to others.

Today, I celebrate a man who has redefined the perception many have about mentally ill persons. I doff my hat to one man who has gone out of his comfort zone to touch the hearts of those who may spend the rest of their existence outside a decent home, feeding on the decaying leftovers from our homes. On behalf of all mentally challenged people out there, I say, “Happy Father’s Day, Dr. Adjimani!”

Cheers to every human out there who makes life worth living for others. The essence of life is to share our little with those who may never pay us back.

Kobina Ansah is a Ghanaian playwright and Chief Scribe of Scribe Communications ( www.scribecommltd.com ), an Accra-based writing firm. Support the J.P Adjimani Foundation to feed mentally ill persons on the streets of Accra this and every Saturday via 0541340054.