Provide evidence to prove your preposterous, xenophobic comment that Nigerians are behind crimes in Ghana — Group to Net2 TV's Kwaku Annan 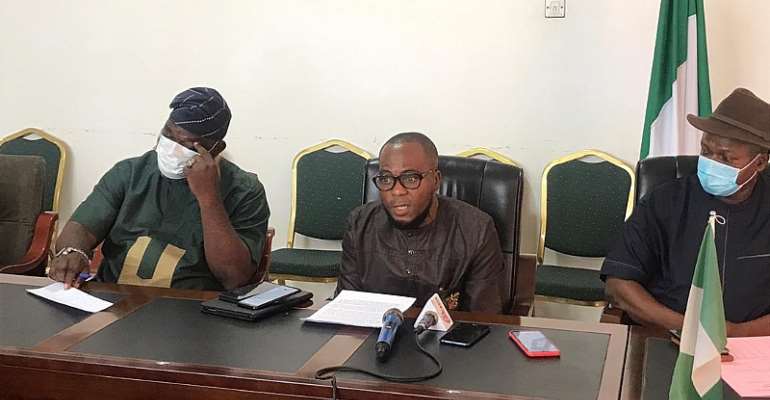 The Nigeria in Diaspora Organization (NIDO) Chapter in Ghana is asking NET 2 Television Host Justice Kwaku Annan to provide not only pictorial evidence but also video evidence to back his allegation that Nigerians are behind most crimes in Ghana.

They said the comment by the NET2 TV's Kwaku Annan is a potential trigger of xenophobic attack between Ghanaians and Nigerians in Ghana.

On his TV show, ‘The Seat’ hosted on NET2 TV, Kwaku Annan last week is reported to have claimed that information he gathered reveals that a Nigerian ring, led by one Udugba Benson as its leader is responsible for most crimes committed in the country.

He alleged that the Ghana Police Service under various IGPs know of this ring but have failed to cause the arrest of its members because some top officials are on their payroll.

Many have raised concern over the pronouncement of the TV host which could incite violence between Ghanaians and Nigerians in either country.

Particularly appalled and saddened by the tag that Nigerians are criminals and notorious armed robbers, NIDO Chapter Ghana at a press conference held at the Nigeria High Commissioners Office has condemned the utterances of Kwaku Annan.

According to the organization, it is alarmed by the unsubstantiated and inciting utterances made by the TV host against Nigerians residing in Ghana. They say it appears to be a move to use his platform to stoke Xenophobia against Nigerians.

“First and foremost, it is patent and error for Mr. Kwaku Annan to use the media to be outrightly speculative by alleging that most crimes in Ghana are perpetrated by Nigerians as crime has no nationality.

“We don’t also believe in collective guilt and to impute that because a Nigerian was involved in a crime then it translates that all Nigerians have criminality in their DNA is rather preposterous and contrived,” NIDO Secretary Rev. TonyWhite Meribe said in his address at the press conference on Monday, June 21, 2021.

NIDO Ghana Chapter is requesting as a matter of urgency, that the relevant authorities in Ghana compel Kwaku Annan and Net2 Television to retract his statements and henceforth desist from making such inciting utterances as such utterances are capable of causing untold pain, agony as well as apprehension to the law-abiding Nigerians.

While calling for pictorial and video evidence from Kwaku Annan to back his allegations, Rev. TonyWhite Meribe further noted that it will be prudent on the Net 2 TV Show Host to furnish Ghana’s security agencies with any information he has rather than sitting on television to make inciteful statements that can stain the good relationship enjoyed by Ghana and Nigeria for decades.

“Mr. Kwaku Annan, if privy to intelligence report that claims to have, should rather liaise with relevant authorities to investigate, arrest and persecute any national found to be guilty of crime. As his recent approach clearly exhibits his gross hatred and Phobia for Nigerians, and deliberate lack of appreciation for efforts of the Ghana Police Force at bringing perpetrators of crime to book,” the NIDO Ghana Chapter Secretary shared.

Engaging journalists at the press conference, Omobola Precious who is the Media coordinator for NIDO Africa described as preposterous the allegations by Kwaku Annan in classifying Nigerians as criminals.

Popularly known as Mo Precious, she said NIDO frowns over all illegalities since they will not shield any Nigerian who commits a crime in Ghana. He added that the organization will also not sit unconcerned when they are being targeted holistically and not individually.

“NIDO frowns are very illegality whatsoever it may be. We will not sit, cover or condone any illegality in Ghana.

“We will speak when fingers are being posted at us as criminals that will tarnish the image of Nigerians in this country,” Mo Precious shared.

While NIDO Ghana Chapter awaits the retraction of the allegations from Kwaku Annan and Net 2 TV, the organization says they will not hesitate to take the next line of action if nothing happens.