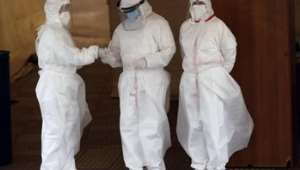 Almost 6 out of 10 health workers have experienced depression due to the Covid-19 pandemic. This is according to a nation-wide study of the mental health and psychological wellbeing of nurses and midwives since the outcome of the pandemic in Ghana.

The researchers collected data from two waves of online surveys of frontline health workers. A total of 508 nurses and midwives completed the first wave of the survey between July and August 2020. When they were re-invited for a follow-up survey between November 2020 and March 2021, 283 responded. Across both waves, 94% came from public health facilities, and 92% were nurses.

The results showed that 60.5% of health workers in first wave reported they experienced depression due to the Covid-19 pandemic. By March 2021, the figure had reduced to 49.3%. At the height of the pandemic, 84.3% said they could not stop or control worrying about the pandemic; this reduced slightly to 77.7% in the follow-up survey. The researchers also found approximately 52% of the health workers struggled to fall asleep, and 54% reported difficulty staying asleep.

The researchers found evidence of a negative impact of Covid-19 on the work of frontline health personnel. In the initial survey, 67.2% of the nurses and midwives said they had not been able to work at the same level that they wanted; this declined to 58.8% in the follow-up survey. More worryingly, 63.9% (wave 1) and 60.9% (wave 2) reported feeling angry about having to go to work. The results also indicated a third of the health workers considered quitting their job due to the pandemic.

It also emerged that eight of the health workers said they ‘sometimes’ contemplated suicide due to the psychological distress they experienced.

According to Dr Adjorlolo, the findings are deeply troubling. He explained that poor mental health and suicidal thoughts by health workers could affect their job performance. Such experiences might result in medical, surgical, public health and administrative errors, which could jeopardise the lives of patients and the general public. He said it was important to consider these indirect costs of the Covid-19 pandemic. He, therefore, argued for urgent measures to support the mental health of health workers. Dr Adjorlolo noted that 70% of the participants in each study wave expressed interest in psychological support delivered via online.