‘I stand by my comments’ – Ayine replies CJ’s petition 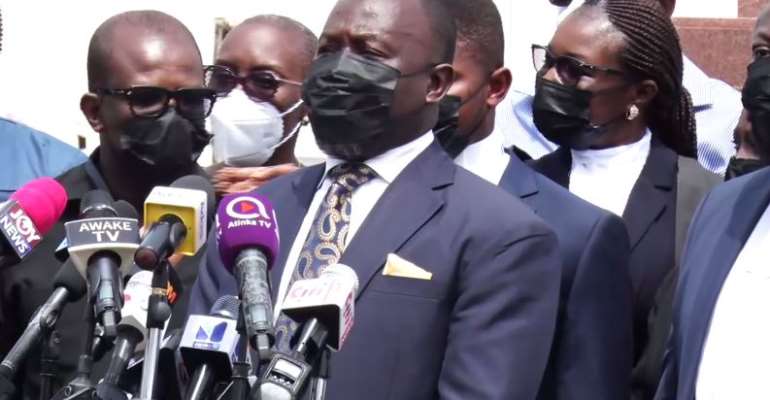 An embattled former Deputy Attorney General, Dr. Dominic Ayine, says he stayed within the bounds of fair and temperate speech in his views on the 2020 election petition judgment when he spoke on a CDD- Ghana platform.

Dr. Ayine has come under pressure since the Chief Justice took issues with his views on the said platform.

In a letter addressed to the Chairman of the Disciplinary Committee of the General Legal Council, the Chief Justice accused Dr. Ayine of stating that “the Supreme Court's failure to apply the rules of procedures as well as the consistent and continuous dismissal of the petitioners' applications or reliefs were the basis of his assertion.”

However, Mr. Ayine in an eleven-paged response insisted that his comments did not attack the reputation of the justices who sat on the election petition case.

His response comes in the wake of calls by the opposition National Democratic Congress (NDC) for the Chief Justice to withdraw his petition to the General Legal Council.

The party insists the petition is an attempt by the Chief Justice to “intimidate and suppress views that are at variance with his.”

Even though the Disciplinary Committee of the Council is yet to hear the petition, the NDC believes the petition is an attack on freedom of speech.

The party made these comments on Monday, June 21, 2021, at a press conference addressed by its General Secretary, Johnson Asiedu Nketiah.

Dr. Ayine sided with persons who had criticised the Chief Justice’s petition, saying the filing of the complaint may set a “retrogressive precedent whereby disciplinary proceedings would be used as a tool to enforce silence from the bar in the name of shielding judges from disparaging criticism by lawyers."