Racism and Respect: What is Africa’s Strategic Answer? 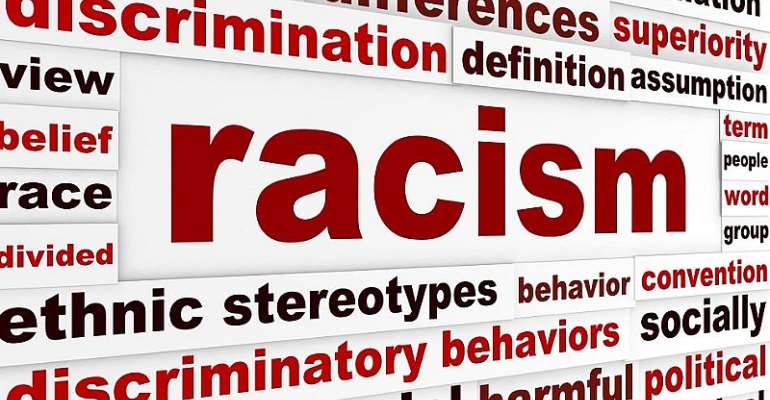 June 19 is a day set aside and signed by US President Joe Biden this week as a holiday to commemorate the day in 1865 when blacks were freed from slavery in America.

There was a video going around on Social media showing a black lady giving a beating to a young white girl who had called her some racial slur. I felt sad. As an African who has lived in America for 53 years, it saddens my heart to see this.

You may ask why? Will racism ever end?

Nobody can give a Yes /No answer but for sure I can say that violence is not a strategic response to a massive problem like racism! No!

Having studied and observed people of all races in America for over half a century, I can say for sure the answer to racism is not that complicated if you study human behaviour and the two cases summarized as:

1. The Arab rise in image due to the use and management control of their natural resources since the 1970s, and

2. The Asian image rise due to the socio-economic rise:

The Arab image change came from the discipline of their leadership to withhold oil shipments and negotiate for a better share and control of their major source of national revenue.

The Asian image change came from their leadership ability to negotiate for incredible capital attraction for cheaper production costs due to their reputation of discipline!

Discipline in this case means what is called in the Quality Profession the performance of tasks in the same consistent ways so that products are manufactured to the exact Specifications at a very high expected yield or output level - aka “QUALITY”. Some may call it high yield deliverables.

It is not that complicated at all. To win respect in life we all must hold on to our Spears as Shaka Zulu once demonstrated and taught his people.

Don’t you see Rwanda is beginning to build that reputation also! Watch and see in another 10 years when good items greatly in need by consumers will be coming to America and Europe labelled “Made in Rwanda”!

In life respect comes when a man beats you in one of several ways:

B. intellectually (patents, inventions, race to the Moon, etc)

Only 300 years ago nobody dared match Britain and France in the world! In the last half century or so years, when was the last time you heard of new technologies coming out of France or Belgium or Portugal, Belgium or even UK?

Even for Russia, think carefully. Sure they are a global power because of their channeling their intellectual capacity to develop Nuclear and lethal technology in the early to latter half of the 1900s! That projection of strength was the greatest attraction to the developing nations as Ghana, Cuba and everybody mistakenly associated that show of “muscle” to possible Economic prosperity! It did not work out as nations like Ghana and Cuba did not succeed like Singapore did.

POWER and SUCCESS in the human society, as also in the animal world, comes with the combinations of intelligence to the Physical production and then the Economic results.

In the 1960s my alma mater, University of California at Berkeley had more Nobel Prize Winners than the whole Soviet Union. Cal Tech and Stanford also had about the same, and I think Cal Tech was even ahead of Berkeley. Guess what happened with that accumulation of intellectual power: the creation of a 50 mile radius area of Northern California’s San Jose to San Francisco around Palo Alto called SILICON VALLEY. The economy of this area is more than $1.2 trillion and more than the GDP of most countries in the world save about six or so.

The Conclusion of this is that patapaa (the Akan word for sheer unguided aggression or force) by itself does not bring respect. Individual justice on a child only demonstrates anger, sometimes subjecting one to even charges of legal assault and battery, needing witnesses.

Any member/group of the human race that wants respect has to use their intellectual powers to manufacture products and services to advance the world (Computers,Technology, Systems, innovative solutions in health and education, etc), and then win economic superiority over others! Respect comes with that naturally!

The world needed oil and the Arab states had them in plentiful supply. At one point the Americans could smell profit from using the labor of the disciplined Singaporean, Taiwanese, Chinese and Korean workers to produce their manufactured goods. It was a win-win for all.

A proverb of the Akans of Ghana suggests that if your hands are in somebody’s mouth you don’t hit him on the head! To get angry at slavery and past social injustice does not go far. Africans, through their leadership (if they can only learn discipline and integrity) should control their natural assets: the minerals like gold, diamonds, manganese, bauxite, cobalt, titanium and other precious metals, and oil.

Nobody respects beggars. No! Once black people on the main continent stop the begging and demonstrate to the world that they have what the white man needs and can do similar production of what they need and use themselves, respect becomes automatic and passes down the generations.