GJA Needs to Be Strengthened at the Regional and District Levels 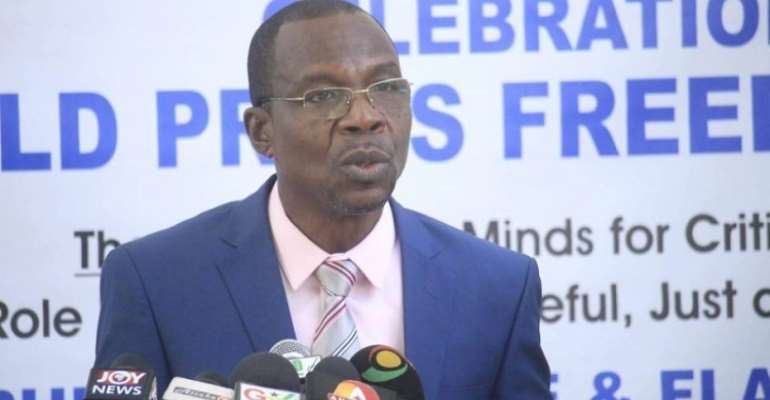 At the risk of sounding pleonastic or redundant and even jaded, I would like to propose the devolution of more power to the local markets and levels of the Ghana Journalists’ Association (GJA), and not just at the regional and national levels. This ought to be reckoned to be an imperative necessity, especially as the media landscape has proliferated with dozens and scores of radio and television stations specially tailored for the consumption of regional and local audiences, and newspapers have increasingly converged to the digitized sphere of Internet technology.

The way I presently see it, it well appears that the administrative structures of the GJA have not undergone any significant and necessary radical changes. In the process, the GJA has become decidedly ossified and dysfunctional in ways that are no longer conducive to the robust and healthy development of the media communications industry at large. This may very well be the reason why those at the national executive level seem to be megalomaniacally and pathologically fixated on hanging on to power well after their elective tenures have expired (See “GJA President Dragged to Court Over Alleged Overstay in Office” Modernghana.com 5/8/21).

I am also thinking about the imperative necessity for Independent Associations of the various genres and/or subcategories and divisions of the media communications profession to be established. This could only be good for business and hardily obstructive or regressive. For instance, it is lucidly clear that we need a National Association of Television Journalists (NATJ), for there are professional concerns that may be unique and/or peculiar to broadcast journalists in ways that may not necessarily be the case with non-broadcast journalists. Which is why on the latter count, I am also thinking that, perhaps, both Radio and Television Broadcasters could come together to found a National Radio and Television Reporters and Broadcasters Association (RTRBA), since in the digitized information era there are a lot of convergencies that have ensured that radio and television news writers and broadcasters would be engaged in strikingly similar professional activities in their methods of newsgathering or information gathering and dissemination.

And then we can also discuss the peculiarities of traditional print media or journalism proper, which presently interfaces with the digitized media portals. And then the relatively new subdiscipline of Investigative Journalism, in the Ghanaian context, of course, could also have an independent vehicular establishment or association within which to more effectively operate. Then the Ghana Journalists’ Association, as we presently know it, could function as a decentralized coordinating umbrella establishment with greater focus on such professionally enhancing issues as unionized collective bargaining units, dealing with terms and conditions of service of media operatives and practitioners, with departments specially focused on the legal protection of journalists both within the profession and in connection with the relationship of journalists with our National Security Agencies, as it has become increasingly clear that our journalists could be better protected than they are currently in their interface with the operatives of our national security apparatus.

Ms. Caroline Boateng ought to be commended for attempting to bring an unduly overstayed GJA executive board to book and making sure that these traditional government watchdogs also responsibly operate smack within the bounds of professional and contractual legality, in much the same manner that they expect government officials and other executive operatives to conduct the people’s business.