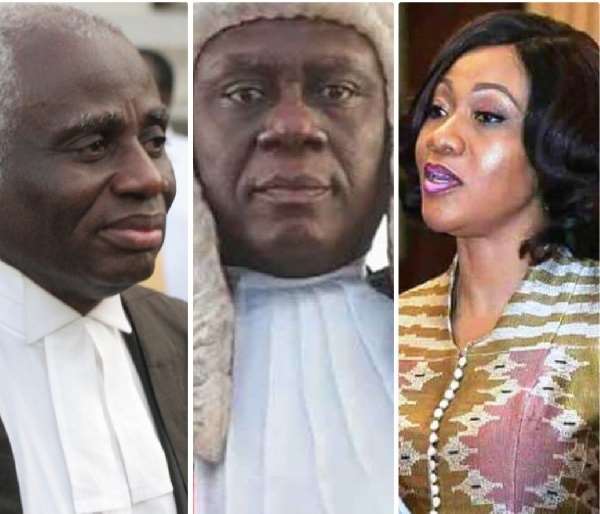 Lawyer for the John Dramani Mahama in the 2020 Presidential Election Petition, Tsatsu Tsikata, has explained that his client’s case was centred on the legality of the Electoral Commission’s Chairperson’s declaration of the presidential results.

He said the case had little to do with polling station results for which pink sheets would have been required.

In an exclusive interview with TV3’s Alfred Ocansey, the legal luminary and former Chief Executive Officer of the Ghana National Petroleum Corporation (GNPC) said the case varied substantially from the 2012 Presidential Election Petition.

Mr. Tsikata insists that the declaration of the December 7 presidential election as was done by the Chairperson of the Electoral Commission, Jean Mensa, was in error and that if those errors were to be corrected, it had to be done in accordance with law and not with a mere press release by an officer who would later be appointed an ambassador.

“The EC used unsigned press releases to correct erroneous declaration of presidential election results by the EC Chair, and that is not acceptable in law”, he said.

“The so-called corrections were not emanating from the rightful source and that rightful source says I’m not going to give any evidence”, he added, questioning why the Supreme Court did not allow the EC Chairperson to be crossed-examined.

According to him, he has come to a determination that “there were errors made in the decisions and I make no bones about saying so”.

In reaction to a comment made by Justice Gertrude Torkornoo that John Mahama needed pink sheets and not spreadsheet to prosecute his case, Mr. Tsikata said the Supreme Court judge perhaps misunderstood the case. He said as far as he is concerned the case of the petitioner was presented “the way we thought was legally and constitutionally appropriate”.