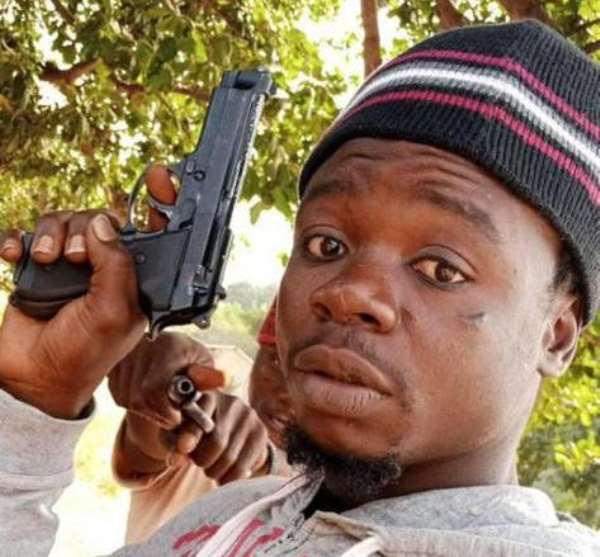 The three gun-wielding boys captured in a viral video have been charged by the police.

Two of the three in the video – together with a pastor brother of one – were arrested by the police in Obuasi on Thursday, June 17.

They were quickly transferred to the Ashanti Regional Police Command for interrogation.

Emmanuel Dakorah, 26, alias Obour, and Richard Suleman, 28, have been charged with causing fear and panic.

They are expected to appear before a Kumasi court on Tuesday, June 22 as they seek bail.

Brother of Obour Reverend Alfred Dakorah, whose pump action gun was brandished in the video, has been granted a police enquiry bail.

His pump action gun has, however, been seized by the police.

The gun-toting boys’ video started circulating on social media as the perpetrators of the deadly attack on a bullion van in Jamestown on Monday, June 14.

But they came out to claim innocence, invoking curses on all those who shared their video.