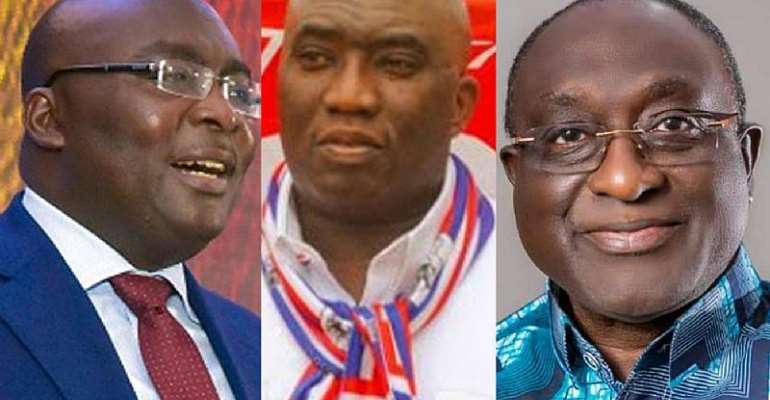 By all accounts, the campaign for who will succeed President Nana Akufo-Addo is slowly but surely intensifying.

The Vice President’s group is intensifying it’s operations with his T-shirts and posters appearing especially at funeral grounds. Some videos on social media have people alleging that they were given inducement to wear the T-shirts with Dr. Bawumia's picture. The Vice President also has a loud social media army who regularly tout his credentials. Their mantra is that Bawumia is the constant factor.

Alan John Kyeremanten’s group are also active. The latest addition to their campaign material is Alan News. This is a newspaper which touts Alan’s accomplishments. The last edition was 15 pages.

The Agric Minister Owusu Afriyie Akoto denied that he is running for President. This was after he caused a stir by meeting people in Kumasi. But his agents are still meeting people across the country, unconfirmed reports say. Reports of their recent foray into some Regions are being picked up.

Boakye Agyarko who was the Energy Minister in the first term of Akufo-Addo's administration is also lacing his boots and unconfirmed reports suggest that he flatly refused an offer to concentrate on being Party Chairman.

The campaign of Joe Ghartey is slowly but surely picking steam. Members of the Joe Joe Movement and Friends of Joe Ghartey call themselves the silent majority. There are reports of them quietly operating all over the country. Joe Ghartey is the only one who has openly stated that God willing he will contest when the time comes.

It seems it will be a three horse race between, Bawu, Alan Cash and Big Joe the Star Boy. There are indeed interesting times ahead.