Surgeons to reconstruct face of boy, 9, after Zimbabwe hyena attack 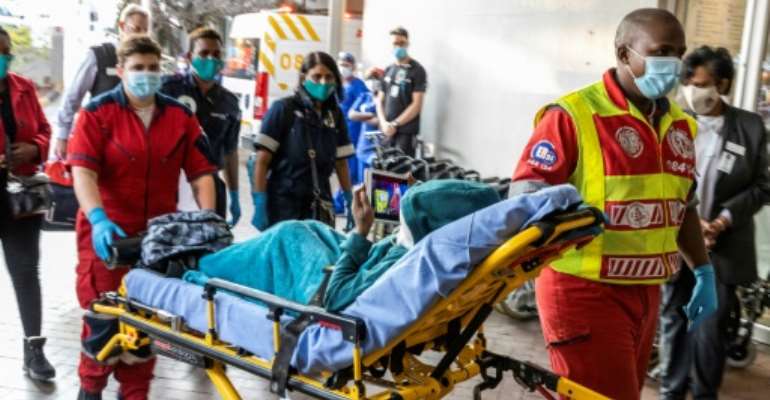 'When she mentioned the story of this poor child mauled by a hyena I couldn't say no,' plastic surgeon Ridwan Mia told AFP. By GUILLEM SARTORIO (AFP)

Plastic surgeons in South Africa are preparing to reconstruct the face of a nine-year-old Zimbabwean boy mauled by a hyena in an attack last month.

Rodwell Khomazana lost his nose, left eye, most of his upper lip, bits of his forehead and other parts of his face when he was attacked during a night-time church service outside Harare on May 2.

Doctors in one of the city's main public hospitals did the best they could to patch him up and stabilise his condition, but lacked the resources to fully repair his ravaged face.

Unable to afford specialised surgery only available abroad, his mother contacted medics in neighbouring South Africa, who agreed to operate on him for free in a private Johannesburg clinic.

"When she mentioned the story of this poor child mauled by a hyena I couldn't say no," plastic surgeon Ridwan Mia told AFP earlier this week.

Rodwell Khomazana, nine, lost his nose, left eye, most of his upper lip, bits of his forehead and other parts of his face when he was attacked by a hyena. By GUILLEM SARTORIO (AFP)

Many wore white T-shirts printed with "Team Rodwell" and a drawing of the boy.

They clapped and cheered as he was wheeled into the building, a green hooded sweater pulled over his head and his face covered in white bandages.

A peephole had been cut over his right eye, through which he watched cartoons on a smart tablet.

Mia and his team will perform exploratory surgery on Monday, after which they will schedule a complex operation expected to last around 20 hours.

Staff sing and cheer after the arrival of Rodwell Khomazan at the Mediclinic Sandton Hospital where he will undergo surgery to reconstruct his face. By GUILLEM SARTORIO (AFP)

They will use tissue from other parts of his body to reconstruct his jaw, nose, mouth and cheeks. He will also be fitted with a prostatic eye.

"Unfortunately he will have multiple scars on his face," said Mia.

"What we are hoping to do is a procedure where we minimise... the scarring," he explained.

Rodwell "will never have a completely normal, unscarred face", he warned. "But we want to give him something that will at least allow him to be functional and enjoy the things that other kids do."

Donations will cover the costs of hospitalisation, which is expected to last at least a month with several touch up procedures.

A hotel has offered to accommodate the child's mother during that time.

Mia said left over money would be used for therapy to help Rodwell overcome trauma.

He noted psychological support would be particularly important for him to accept his new eye.

"Unfortunately the harsh reality is we are dealing with a huge injury."