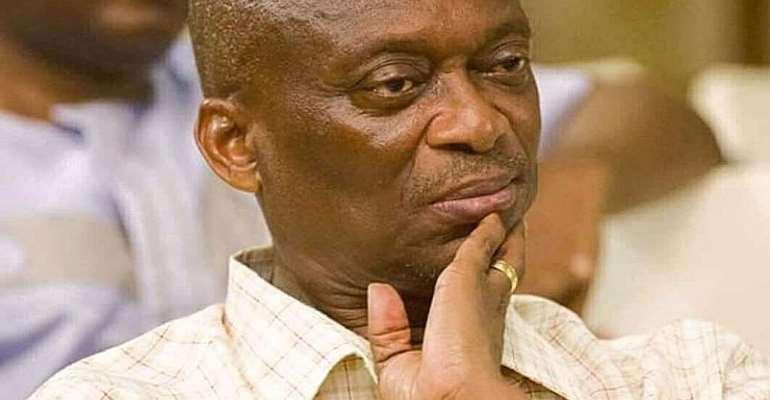 The Managing Editor of the New Crusading Guide Newspaper, Abdul Malik Kweku Baako Jnr, says the suggestion that there’s a state of insecurity in the country following the recently reported cases of crime is far-fetched.

Although he acknowledges that there is a challenge with security in the country, he believes generalising the security situation based on a few crime cases is unfair, and an exaggeration.

“There are some people who might feel insecure relative to certain incidents of violence, especially robbery, that have taken place in recent times or in the past. It is natural…and indeed such persons can transmit it to their relatives or community members. I’m not about to suggest that there are people in this country who don’t feel insecure or are not concerned about these incidents. What I’m not too sure about is whether you can move from this correct premise and generalise it to suggest that there is a state of national insecurity. I think that is a bit of an exaggeration and not a factual picture,” he said.

Kweku Baako made the remark on Joy FM's Newsfile on Saturday, June 19, 2021, while sharing his views on recent robbery cases in the country.

Two bullion vans were attacked by robbers at two different places this week. One occurred at Jamestown in Accra, while the other one took place near Gomoa Dominase in the Central Region.

Two persons –a police officer and a trader—lost their lives in the robbery attack at Jamestown while an unspecified amount of money was stolen by the robbers.

With the incident that occurred in the Central Region, the bullion van crew managed to escape the attack unhurt.

There have been other cases of robberies and killings reported in other parts of the country.

Some persons have suggested that the bullion van attacks and other daylight robberies recorded in the country in recent times show a failure on the part of the country's security agencies.

The Minority leader, Haruna Iddrisu, has blamed the increasing reports of armed robbery incidents in parts of the country on what he calls a “breakdown in law and order.”

According to him, the President has failed to ensure that Ghanaians are safe to go about their daily activities.

“If what we are reading is anything to go by, then we all must collectively express our disappointment in the President and his handling of matters of personal safety and security. It means that there is the gradual breakdown of law and order, and I pray that we do not get to a state in our country where the watchman himself is not safe, because when the watchman himself is not secured, when the policeman who is supposed to protect lives and property himself is not secured, then it leaves much to be desired.”

The Minority Leader also called for major reforms in the police and security setup, adding that the sector needs to be adequately resourced.

But Kweku Baako believes the security agencies, especially the Ghana Police Service, must be commended for their selflessness in tackling the country's security challenges despite the limited resources at their disposal.

“It is not fair to say the police are not doing anything at all. I think they are doing a lot within the constraints of limited resources. It is better to encourage them instead,” he said.

The Ghana Police Service has launched a manhunt for the persons who attacked the bullion van at Jamestown. The service has placed a GHS20,000 bounty on the head of the perpetrators.