Criminals of today are not stupid, they now taking advantage of daytime traffic jams to commit robberies – Public Safety boss 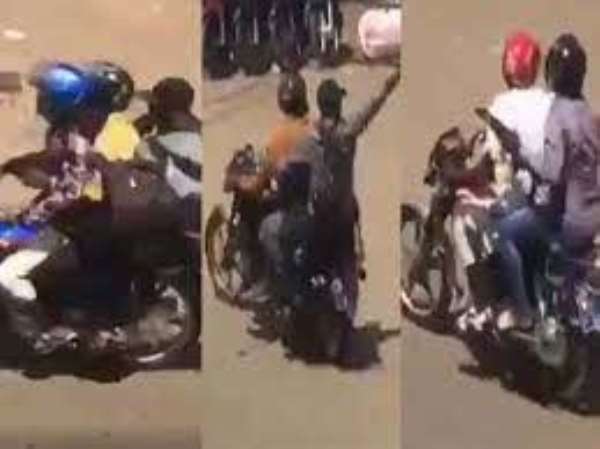 Executive Director of the Bureau of Public Safety, Nana Yaw Akwada has observed that daytime traffic jams in the cities have become part of the strategic plans of armed robbers.

“The criminals of today are not stupid”, Mr Akwada told Eugene Bawelle on Class91.3FM’s current affairs programme The Watchdog on Saturday, 19 June 2021 during a discussion on the recent bullion van heist at James Town, Accra, which led to the death of a young police officer and a street hawker.

“Why are those crimes not occurring in the night as frequently as they do in the day?” he asked.

“Because, in the night, there is free traffic flow”, he answered his own question, explaining: “It is easy for them [robbers] to be pursued [at night]”.

Also, he said: “In the night, they are likely to come into contact with a police patrol team”.

He recalled incidents in the past where Ghanaians would wake up in the morning to news about robbers having been gunned down by the police in the night since, in his view, the police could pursue the robbers freely during that time.

“Now, they are acting in the daytime”, he noted.

To him, criminals, the world over, are almost always ahead of law enforcement “but what we do with intelligence is what helps us to close the gap”.