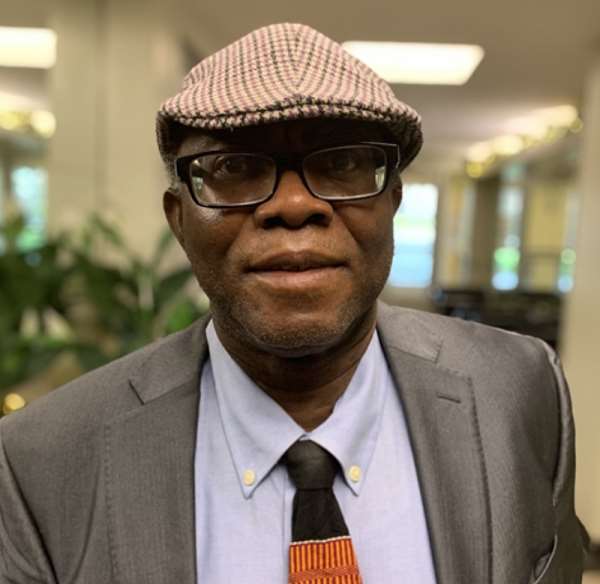 Whoever said that at least 50-percent of the key operatives of the National Democratic Congress (NDC) may be in dire need of psychiatric examination could not have been far from accurate with such assessment. Now, what brings me here is a news article that I came across nearly a couple of weeks ago, in which Mr. Samuel Koku S. Anyidoho, the Asiedu-Nketia vamoosed former Deputy General-Secretary of the NDC, was widely reported to be fuming over a statement that had Mr. Samuel George Nartey, the party’s Member of Parliament for the Ningo-Prampram Constituency, in the Greater-Accra Region, saying in a radio-news interview, that shortly upon graduation from the Kwame Nkrumah University of Science and Technology (KNUST), in 2005, or thereabouts, Mr. Nartey, who had been a cadet master at KNUST, had seriously considered enlisting into the Ghana Armed Forces (GAF) in order to stage a coup with the intent of ousting the John Agyekum-Kufuor-led government of the New Patriotic Party (NPP) at the time.

Mr. Anyidoho, whose father is a retired Major-General of the GAF who once served with the United Nations’ Peacekeeping Forces in Rwanda, is reportedly upset because he curiously cannot fathom or come to terms with the fact that since February 1966, the British established and constituted Ghana Armed Forces, formerly the Gold Armed Forces, had effectively ceased to be a professional standing army the way than can be said of the military establishment of many an advanced and civilized constitutional democracy around the globe (See “GAF Must Speak on Sam George[‘s] Suggesting Army is a Conduit for Coup[s] – Koku Anyidoho” 3News.com / Ghanaweb.com 5/27/21). It is also significant to underscore the fact that since February 24, 1966, nearly every coup d’état or putsch that has been successfully staged in Ghana was led by ethnic Ewes, the same ethnic sub-nationality to which the Executive-Director of the John Evans Atta-Mills Institute officially claims cultural affinity or congenital association.

So, it may not be altogether surprising that the Kofi Awoonor nephew should feel uncomfortable to hear the Ningo-Prampram NDC-MP accurately put the postcolonial history of the Ghana Armed Forces into perfect perspective. It goes without saying that if he were an honest Ghanaian citizen, Mr. Anyidoho would be lauding his fellow political traveler and ideological twin brother, instead of seeking to either silence or illegally abridge the constitutional right of the Nigerian-born Mr. Nartey, if memory serves yours truly accurately, to the unfettered free expression of himself and his beliefs and convictions. This is the sort of the enforced “Culture of Silence” that Mr. Sam Jonah was preaching to the packed audience of the International Rotarians in Accra about a month ago. Whatever pockets of the Culture of Silence may be validly and authentically perceived to prevail in the country, is definitely that which may be aptly perceived to be a vestigial carryover from the Provisional National Defense Council (PNDC) days of Chairman Jerry John Rawlings, through the first two democratically elected terms of the recently deceased Founding-Father of the National Democratic Congress.

What is at once even more curious and annoying about the arrogance of Mr. Anyidoho is his rather farcical claim that merely having been born at Burma Camp, not the present-day Myanmar, by the way, as what Americans call an “Army Brat” or the son of a professional soldier, automatically gives the critic some impregnable proprietary rights or more validity to express his opinion about the Ghana Armed Forces than the Ningo-Prampram MP. Mr. Anyidoho is considerably older than “Sam George,” as Mr. Nartey is widely and popularly known, and ought to know far more and better about the historical reality of the criminally disruptive political role that Ghana’s military has played in the systematic and perennial underdevelopment of our country. Personally, I have classmates and senior schoolmates like Opoku-Danquah, from Okwawu-Nkwatia’s St. Peter’s Secondary School (PERSCO), who enlisted into the Ghana Armed Forces solely and primarily because like the late Chairman Jerry John Rawlings, they wanted to stage a coup and become filthy rich military strongmen.

That was the only way that these politically ambitious and reasonably bright young men saw themselves and their family members, relatives and friends lifting themselves out of the blackhole-like ruts of the sort of grinding poverty into which they had been born and from which they saw absolutely no other alternative or way out. What is equally ironic is the primary reason that Mr. Nartey gives for wanting to violently overthrow the democratically elected government of the then-President John Agyekum-Kufuor, that is, on grounds that a vindictive Mr. Agyekum-Kufuor had withdrawn all the constitutionally sanctioned perks and privileges that his status as former Head-of-State and Commander-in-Chief of the Ghana Armed Forces entitled the recently deceased Chairman Rawlings.

This malodorous exhibition of delusional pomposity of Koku Anyidoho is akin to yours truly haughtily claiming to have a special and inviolably proprietary kinship with the University of Ghana (UG), because it was his great-granduncle, namely, Dr J B Danquah, who led the battle for the establishment of Ghana’s foremost tertiary academy at the time that the UG got established in the country by a reluctant British government.