Rising Moral Decay among the Ghanaian Youth: The Missing Dimension of Fatherhood in their Formative Years 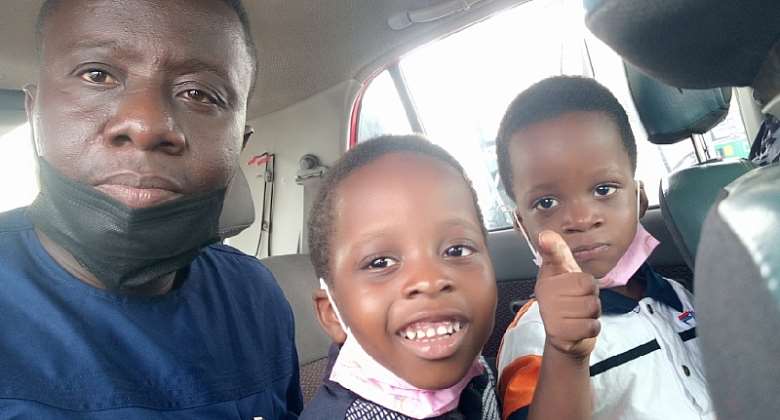 In recent times, there have been so much complaints about the spate of moral breakdown among the youth in our dear motherland. What easily comes to mind is the Kasoa ritual murder committed by two teenagers.

The story has it that, these teenagers decided to kidnap the ten year old boy in order to demand a ransom from his family but later murdered the unsuspecting young boy. Latter pieces of information gathered indicated that, the two teenagers claim they watched television and saw an advertisement demanding body parts for the purposes of making ritual money.

While most people were surprised and the whole Kasoa township was thrown into a state of shock and disbelief, I personally wasn't too surprised. In all this brouhaha, what most of us have failed to bring our minds to, is the missing dimension of parenting especially the role of a father in a child's life.

The following eight reasons given by Psychologists for why parents are responsible for the waywardness of their children are proof of the importance of parenting, especially fatherhood to the holistic development of children. The right reasons are as follows:

Firstly, parents who give their children everything they ask for, should necessarily appreciate that, their children may grow up thinking they have a right to whatever they want.

In the provision for children, fathers must be guided by the needs of the children and not their wants. We must note that fatherhood goes beyond meeting the physical needs of children to include their training and discipline to develop into responsible and matured adults. In fact, loving fatherhood combined with clear boundaries and expectations for children leads to better emotional, academic, social, and behavioural outcomes for children.

In the above, the emphasis is on the presence of the fathers and how that presence has the tendency to reduce behavioural problems among their children. To corroborate the foregoing, Staunton (2004) posits that, fathers tend to observe and enforce rules systematically and sternly, teaching children the consequences of right and wrong.

Following from this, it would be an aberration for fathers to sit aloof while their children exhibit socially unacceptable behaviour by insulting the elderly, or any other person.

Thirdly, parents who do not reprimand or discipline their children for bad behaviour should know that their children would grow up thinking that there are no rules in society. To reprimand children is to draw their attention to behaviours that are not tolerable.

Discipline, which is more encompassing, is about teaching children a system of values that are acceptable for the progress of society, and which serves as a guide for them through life. Thus, discipline allows children to develop self-discipline, and helps them develop into emotionally and socially mature adults.

Enforcing family rules, values and instilling positive and enduring values into children are the responsibility of parents, especially fathers. Where this is not done, children grow up thinking that there are no rules governing society and that anything and everything goes.

Fourthly, parents who cover up for their children's misdeeds do their children a great disservice because their children may grow up thinking they can misbehave with impunity; which is never the case. Thus, failure on the part of fathers to correct their kids when they go wrong, may ultimately bring disgrace to themselves through these same kids.

This situation arises when proper values aren't instilled into the children while young. Also, some prominent families fail to discipline their children for the wrongs they commit. Such children may grow up thinking anything and everything is permissible and may be involved in things that bring disgrace to their families.

Fifthly, parents who let their children listen to music and watch television programmes that objectivize women, encourage sex and violence against them should not be surprised when such kids grow up and exhibit same tendencies.

One way children learn is through developing associations between things in their environment and potential consequences. For example, an infant might quickly begin to associate the sight of a baby bottle with being fed (Cherry, 2019).

Sixthly, parents who give their children money whenever they demand, should understand that their children may grow up thinking money is easy to come by and may develop habits of wasting money. Truly, helping children to understand and respect money from an early age will help them manage it better when they develop into adults. Money influences people and it is advisable to teach children to manage and learn to save and use money wisely, and not to waste it.

Seventhly, parents who always decide everything in favour of their children, whether they are right or wrong, should know that they may be raising children who may grow up thinking that every rebuke or correction is persecution. Such children may grow up with an entitlement mentality and believing that rules don't apply to them (Libby, 2011).

In conclusion, I quote from Proverbs 22:6 which reads: "Train up a child in the way he should go, and when he is old he will not depart from it". If parents especially fathers fail to act aright, their children may go astray and they will be blamed accordingly.

Fathers must take the commanding heights in their children's upbringing, psychologically, emotionally, spiritually, and socially. This would ensure the holistic development of their children. Your children are what you make of them and if fathers fail to instil the right attitudes into children, then society cannot blame the spate of moral decay among the youth on anyone but on parents, especially fathers.