Combating Attacks In The Line Of Duty: An Advice To The Ghana Police Service 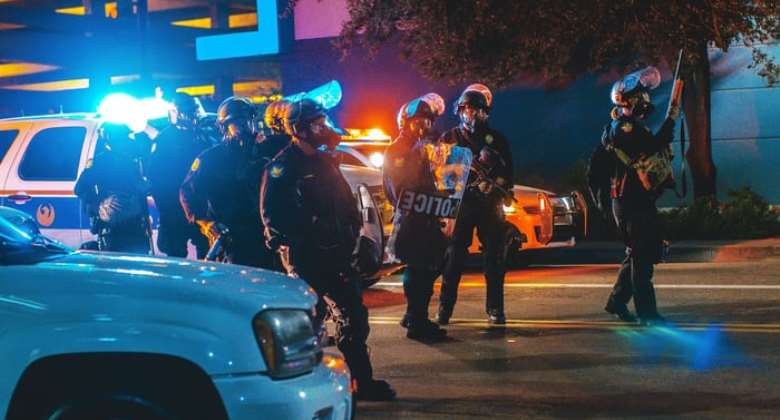 The alarming heave in crime and the shuddery trend of daylight robbery mired with shooting and killing of innocent individuals call for the appropriate attention it so deserve. Rightly so, it is also important to identify some factors that may have accounted for the death of most of the security personnel who faced such regrettable horrors.

From all indications and in line with records available to the general public, majority of security personnel who came face-to-face with these criminal nation wreckers met their untimely deaths. Such records are regrettable, therefore requiring a matter-of-fact approach to reducing or eradicating the canker. From a point of personal experience through many years of observation, majority of security personnel, and for the emphasis of this piece of article the Police, fall short of alertness at post. It is not to assume that the government does not have a role to play in ensuring that individuals are safe and that Ghana become a safer place for us all. However, like a double edged sword, it cuts both sides and one which equally demands attention is the increasing rate of negligence of the security personnel themselves.

Ranging from highway police security checkpoints, banks and other official checkpoints, even at police stations, at home and at other public gatherings, watchfulness and call to preparedness for action is usually missing in the Police line of duty. Observations made over the years have shown that, at post in the line of duty, the police have shown little or absolutely no vigilance to issues happening around them either at close range or afar. This is enough proof to why in most of the attacks which saw police personnel at post being shot and killed, the police could not return fire before being hit by the tactfully directed bullet of these criminals.

Police personnel who died in most of these instances could have been using their phone to play game, engaged on a social media platform, surfing the Internet, watching movies or busily making a call. In some other cases, police personnel at post could be found playing cards, draughts, ludo, drinking black Arabian tea (widely known as "Ataya"), sleeping or having some other fun with civilians at the expense of their lines of duty and contrary to the code of conduct of the service. So, any form of attacks such as what we have experienced over the years take them unaware.

Going forward, Police personnel at post or in the line of their various duties should:

1. endeavour to be assertive and alert for action to combat any form of attacks.

2. at all times in their line of duties avoid the use of mobile phones for self amusement except security gadgets designed for the purposes of keeping security.

3. avoid any form of distractions or smoke screens by not engaging second and third parties outside their field of duty without need. Thus, they should focus on the duties for which reason they are at post and nothing else.

In accordance with Article 200(3) of the 1992 Constitution of the Republic of Ghana, the Police Council headed by the Vice-President should:

1. ensure that the Police Service is equipped and maintained to perform its traditional role of maintaining law and order. By this we mean, there should be a conscious act of making available well functioning and enhanced rifles and sufficient ammunition for all personnel in the line of duty.