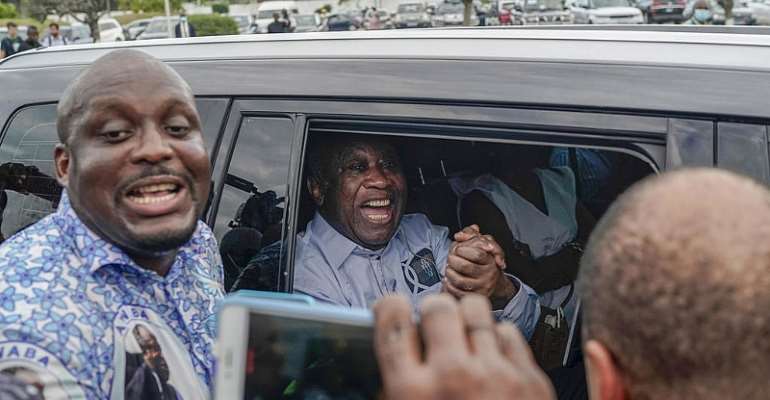 Nearly 10 years after former Ivorian president Laurent Gbagbo was arrested on charges of war crimes and crimes against humanity following presidential elections, he has returned, a free man, to celebrations on the streets of Abidjan.

Gbagbo, 76, greeted supporters who came out at the airport and on the streets of the economic capital to celebrate his return. The former president, in power from 2000 to 2011, was acquitted by the International Criminal Court (ICC) earlier this year.

Victims' organisations weigh up strategies ahead of Gbagbo's return

Abidjan was under heavy security in anticipation of his arrival, and some eyewitnesses said some crowds were repelled by teargas launched by security forces as they tried to approach the airport.

Gbagbo was accused of being behind the deaths of some 3,000 people who were killed in post-election violence in the months following the 2010 election. He refused to step down after the electoral commission named his rival Alassane Ouattara the victor.