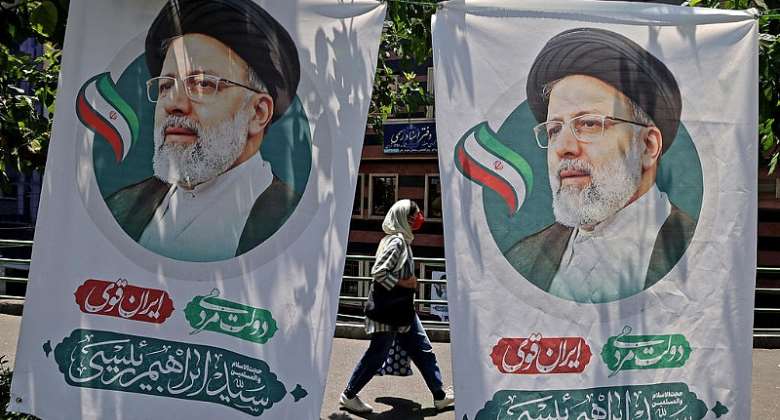 Iranians were voting Friday on who should be the country's next president, against a background of tensions with the West over Tehran's tattered nuclear deal with world powers.

While the race is wide open due to incumbent President Hassan Rouhani being term limited from running again, authorities barred his allies and nearly every other reformist from entering the race.

That has analysts believing hard-line judiciary chief Ebrahim Raisi, who ran against Rouhani during elections in 2017 but lost, is the clear front-runner. The only competitor who represents a stand-in for Rouhani's administration, the former Central Bank chief Abdolnasser Hemmati, has argued that others in the race have been serving as proxies for Raisi and allow the cleric to avoid criticising him directly.

"Despite the fact that (the televised presidential) debates were very hard hitting, and the reformist and the moderate candidate attacked Mr. Raisi very hard, he is doing very well in the polls," Mohammad Marandi, a political scientist with Tehran University told RFI, predicting that Raisi may win the first round.

Limited democracy
Iran's presidential election process looks like the one in western countries, but only on the surface. In fact the Supreme Leader, Ayatollah Ali Khamenei, backed by the religious establishment, decides all major policy issues.

The Guardian Council – appointed by the Supreme Leader – barred most allies of Rouhani and other reformists from running in this election. Iran does not allow international observers to monitor its elections, which its Interior Ministry oversees. Within these confines, Iran's people enjoy limited democracy with a choice of leaders who can show substantial differences, but mainly in economic policy.

One of the key points during the election campaigns was the nuclear deal, the Joint Comprehensive Plan of Action (JCPoA), signed by Iran and the five permanent members of the UN Security Council plus Germany in 2015. That agreement was aimed at reducing Iran's nuclear program, in exchange for a gradual lifting of sanctions. In May 2018, US President Donald Trump unilaterally walked away from the deal and re-imposed sanctions.

According to Marandi, no matter who wins the elections, he will try and stick to the JCPoA. If Raisi wins, he says "I don't expect him to leave the nuclear deal. In fact, his opponent was warning Iranians that he wants to quit the deal, and that he will bring about new sanctions.

Scepticism
"But Mr. Raisi, in response, said that he will remain in the deal." But he adds that Raisi will expect the US to "fully abide by their commitments, instead of dragging their feet as they're doing now."

If Hemmati, the reformist, wins, it will "mean that the government will pursue the policies of the current president. Iran will continue to seek some sort of rapprochement with Europe and the United States, even though many people are sceptical," Marandi says.

On the foreign policy front, not much will change, as US President Joe Biden seems set to continue his hardline policy vis-à-vis China.

"The relationship between China and Iran is improving," says Marandi. "And the fact that the United States and its allies simultaneously antagonise China and Iran benefits the relationship, because this makes both countries look to the other as a natural ally. So Western countries can only blame themselves for this convergence of interests between Iran, China, Russia, and other countries," Mohammad Marandi says.