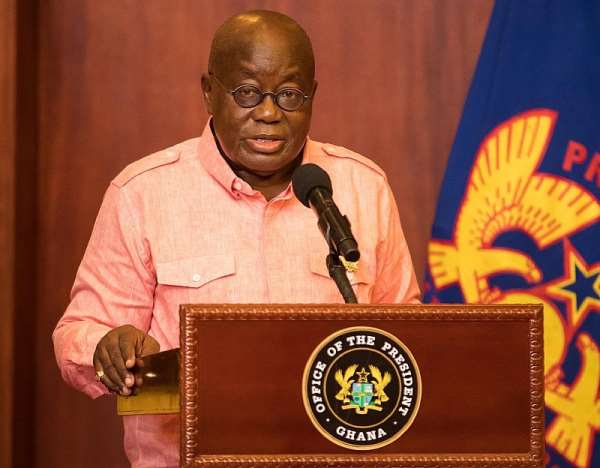 President Akufo-Addo says the One District-One Factory initiative introduced by his government has come to stay.

According to him, the initiative holds the key to Ghana’s industrialisation agenda.

President Akufo-Addo insisted that sustaining the policy will lead to numerous jobs opportunities for the citizenry.

He thus charged Ghanaians to support the initiative to ensure its success.

The President also disclosed that 36 companies under the initiative have been granted import duty exemptions since December 2020.

He explained that the move forms part of the government's support to improve the private sector of the country.

“The government, as of December 2020, has granted import duty exemptions to 36 companies under the 1D1F programme amounting to some GHS435 million. The main sectors that have benefited from the exemptions are agro-processing, ceramics manufacturing, hardware manufacturing, and vehicle assembling plants.”

About the 1D1F programme

The 1D1F is a private sector-led initiative envisioned by President Akufo-Addo to create the necessary conducive environment for businesses to access funding from financial institutions and other support services from government agencies so as to establish factories and production units in the various districts of the country.

It seeks to change the structure of Ghana's economy from one which is dependent on import and export of raw material to one which is focused on manufacturing, value addition, and export of processed goods by processing raw materials found largely in the 275 districts of the country into finished or semi-finished goods.

According to the government, 76 are currently operational in various parts of the country while others are under construction.