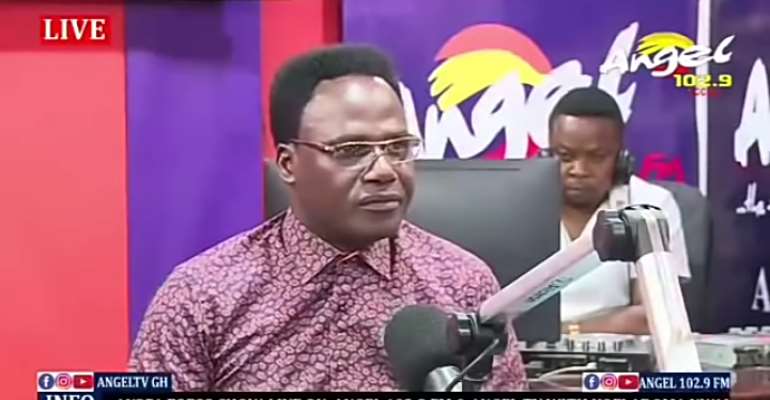 Apostle Amoako Attah believes every great person knows when he or she will die.

He said God usually reveal it to them.

"If you're a great man when you're about to die you will know. God shall reveal it to you. God will not hide it from you. He shall alert you to know that your time is up to die and He shall come for you. Otherwise, you're not great," he averred.

Great men, according to him, are influential people who touched the lives of many people.

The founder and leader of the Parliament Chapel International (PCI) in Accra indicated that 57 is a critical age for great people. "At that age, if you're not careful, you shall join your ancestors".

He rhetorically quizzed why T. B. Joshua could not cross the age 57 and had to die few days to his 58th birthday.

"If people could observe carefully, they would realise that some few weeks before T. B. Joshua's demise, most of his sermons were geared towards death, why?. Because he knew his time was up," he claimed.

Apostle Amoako Attah continued that, "if you're a righteous person and care isn't taken, you shall die early especially at age 57."

He added, "When this happens no one should blame anyone because of the number. All good people who are able to cross 57 would get to 73 or 75. From there then you get to 110 years of age," he stated.

The man of God noted that the Bible said God told Moses to anoint Joshua because Moses' time was up for him to die. Affirming his point, he referenced 2 Kings chapter 2.

Explaining the chapter, the Apostle narrated that, when God was about taking Elijah away, Elijah notified Elisha when they were at Gilgah that his time was up and the Lord was coming for him. "Elijah knew was going to die."

The Apostle noted that all great people must be careful when they clock age 57. "Age 57, according to numerology, IT is a prime number and it's on its own and very independent.

"Bad people have nothing to fear when they get to 57 years but if you're very influential and great, then you need to be careful with yourself at 57. It is very crucial in every great man's life".