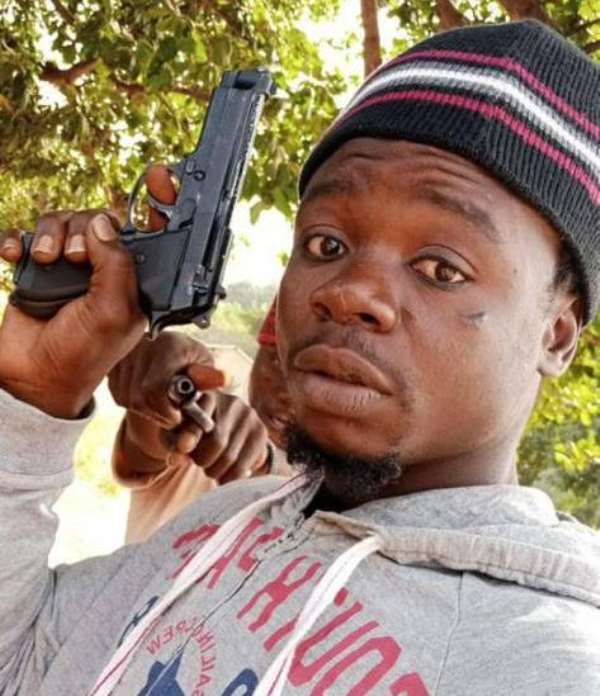 Police in Obuasi in the Ashanti Region have arrested the three gun-wielding young men seen in a viral video that made rounds on social media.

The video popped up moments after the deadly attack on a bullion van at James Town last Monday.

They have, however, denied being armed robbers.

The police are yet to prefer any charges against the three men but they have said statements have been taken from the men and same will be forwarded to the Ashanti Regional Police Command for further action.

One of the men said they seized the guns from another group which attacked their mining site in Wa, the Upper West Region capital.

They showed permit for the pump action gun they wielded.