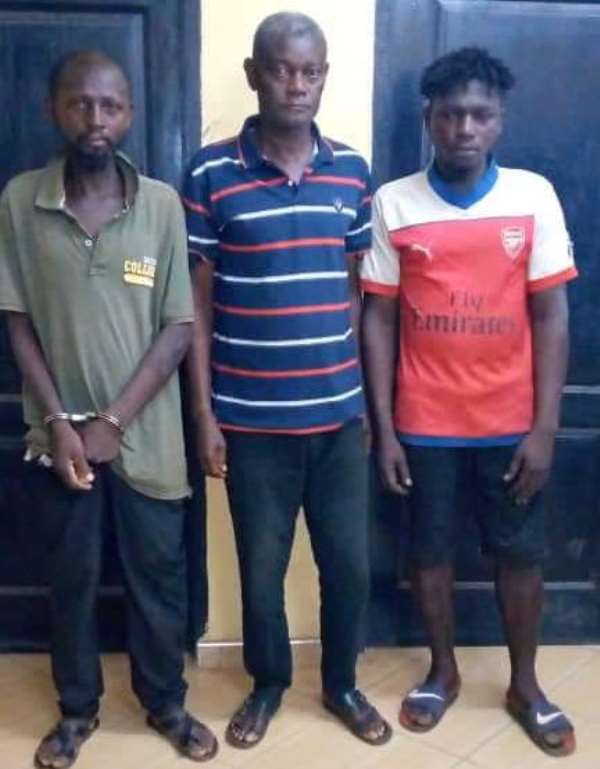 The Nkawie circuit court presided over by his honour Johnson Michael Abbey has remanded three men into prison custody on Wednesday, June 16, 2021, for possessing human parts.

The suspect Kwaku Adjapong, 64, Kofi Anane Konye, 46 and Isaac Adoma 25 were charged with unlawful use of human parts and they are to re-appear before the court in two weeks.

Facts available to the court was that Abuakwa Divisional police command had an intel that Kwaku Agyapong aged 65 of Adamsu in the Bono Region was in possession of human parts looking for a buyer in Kumasi.

The Police feigned interest to buy the full human skeleton which was bargained and the price agreed at GHC 30,000.00 and suspect was to produce same at Wadoma Hotel Abuakwa Manhyia.

The arrangement was made for the human parts to be delivered for collection at Wadoma Hotel by the suspect. It was reported that the suspect did not come personally but sent suspects Anane Kofi Konye aged 48 and Isaac Adota aged 25 to bring the human parts and in the process were arrested at the said hotel around 4:40 pm on Thursday, June 10.

They had in their possession two human skeletons.

Subsequently, policemen were dispatched in the night with suspect Anane Kofi Konye to Adamsu where suspect Kwaku Agyapong was arrested.

He was taken to Abuakwa where he was detained with the two other suspects.